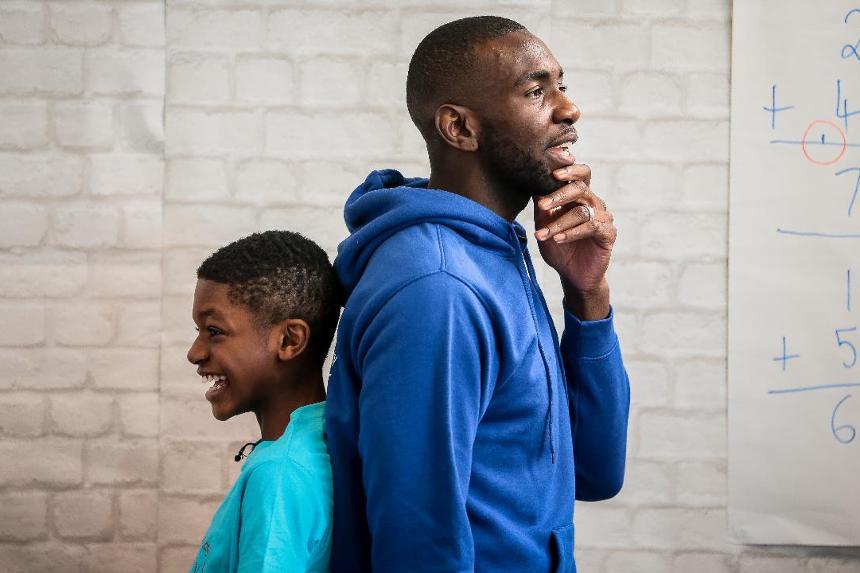 Yannick Bolasie, Alan Shearer, Jacqui Oatley and Alex Scott are some of the stars to submit poems, but can your school do better?

Since the end of September, primary school children across England and Wales have been getting creative and writing poems, raps and haiku for Premier League Writing Stars.

The competition, based on the theme of resilience, has not only inspired pupils in the classroom. Stars from sport, television and the literary world have also been getting involved and their poems are below.

Think your school can do better? You have until 22 December 2017 to submit your poems.

Teachers and parents can register or nominate their child's school to take part in the competition at PLPrimaryStars.com.

💪 "When things get hard and the going gets tough, nothing but your best will ever be enough."

The #Swans players with their own poem for #PLPrimaryStars' Writing Stars campaign. pic.twitter.com/15N3EtWTtb

It’s not too late to write your #PLPrimaryStars poem on resilience. Go to https://t.co/MvShCo1fQD. Here’s my effort... pic.twitter.com/qhAsURFmkx

Here's @SouthamptonFC Chairman Ralph Krueger with a poem about resilience ahead of our #PLPrimaryStars literacy event today! #PLWritingStars pic.twitter.com/MUrLqRXAje

Here's my stab at #PLPrimaryStars national poetry comp! Your kids can DEFINITELY do better, so get them involved: https://t.co/4KS88nlcUp ✍️ pic.twitter.com/sx6i2rOvIO

Challenge set by @premierleague & met, I hope? My PLPrimaryStars resilience poem. With help from a little friend! Over to you @AdamHuntSport pic.twitter.com/sNo9e9M4hh

I’ve loved hearing everyone’s poems about resilience for @PLCommunities’ Writing Stars competition so thought I’d give it a go too! pic.twitter.com/wLDCo142N1

Here's a poem on the importance of #resilience in the making of a goalkeeper like David de Gea. It's my entry for the #PLPrimaryStars competition. Can anyone do better? Remember it's got to be about #resilience. pic.twitter.com/migt3B5RFi