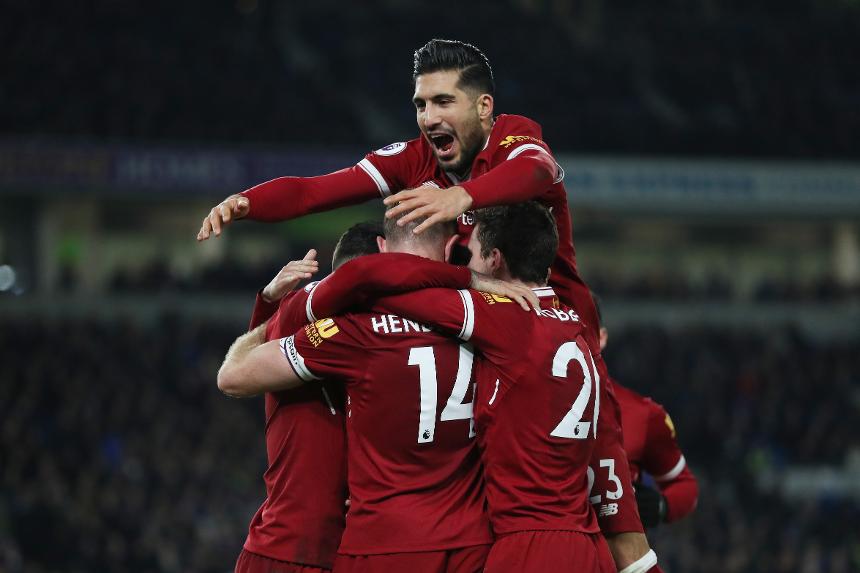 Liverpool handed Brighton & Hove Albion their first home defeat since the opening day of the season with a 5-1 victory before a record crowd at Amex Stadium.

There were 30,364 fans present to witness a sublime away display helped by Roberto Firmino's double.

Emre Can opened the scoring on the half-hour with a header from Philippe Coutinho’s corner.

Within 80 seconds Coutinho’s cross was angled in by Firmino from six yards.

Mohamed Salah teed up Firmino on the counter-attack for the Brazilian striker to find the top corner on 48 minutes.

Liverpool climb into the top four, with Arsenal losing to Manchester United in the late kick-off. Brighton drop to 11th.