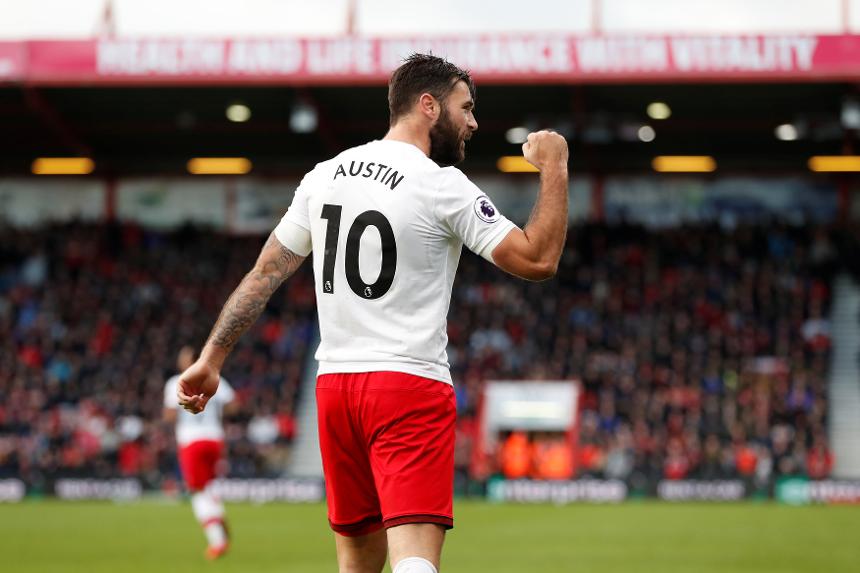 Charlie Austin secured a comeback 1-1 draw for Southampton in an entertaining south-coast derby at AFC Bournemouth.

Ryan Fraser slotted in from Andrew Surman's pass after Saints defender Wesley Hoedt had been caught in possession.

But Austin, who made his name at the Cherries' non-league neighbours Poole Town, scored from Nathan Redmond's cutback on 61 minutes.

Austin headed narrowly over as Saints pushed for a second, but the point leaves them 11th, two points and three places above their opponents.