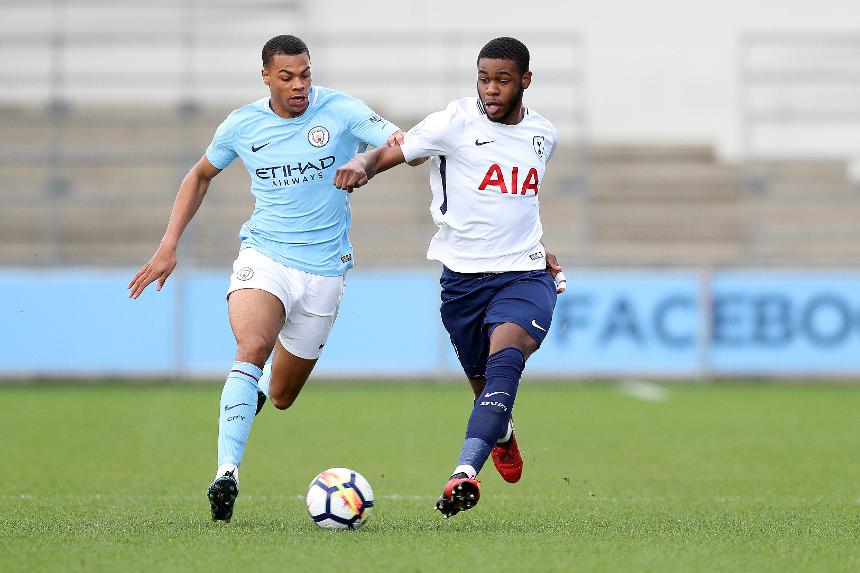 Lukas Nmecha scored a second-half hat-trick and Phil Foden was also on target as Manchester City came back from two goals down to beat Tottenham Hotspur 4-2.

Spurs raced into a 2-0 lead inside 27 minutes at the City Football Academy. Shayon Harrison scored first with a free-kick before Kazaiah Sterling headed in Jaden Brown's cross.

But Foden, who made his senior debut in the UEFA Champions League in midweek, started the comeback with a fine dribble and finish on 33 minutes.

Nmecha equalised shortly after half-time, curling into the top corner, and the 18-year-old striker won it with two more goals in the final 10 minutes.