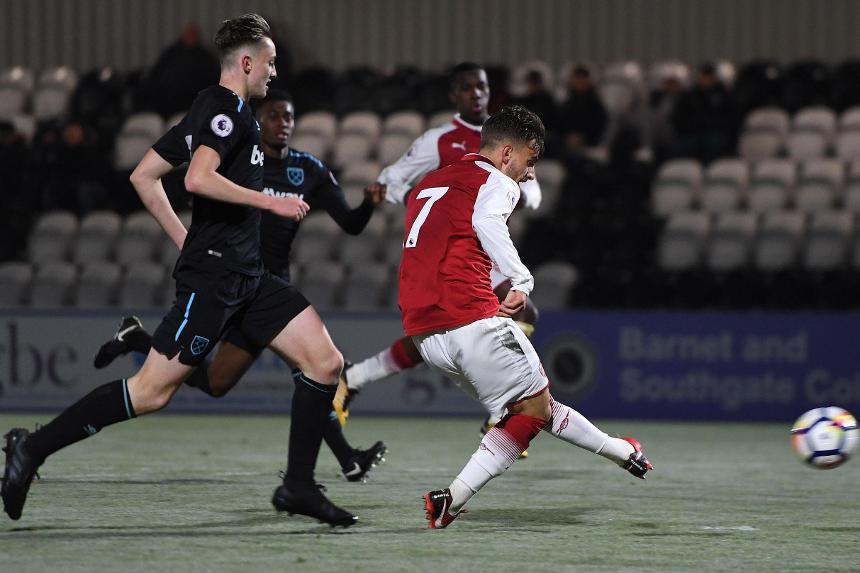 Arsenal went ahead on five minutes from Dragomir’s header and could have had a second but Nketiah missed a penalty after being fouled.

Their lead was doubled when Dragomir, an 18-year-old Romanian midfielder, pictured above, finished off Joe Willock's through-ball 11 minutes before half-time.

Nketiah, less than 24 hours after playing in the UEFA Europa League defeat by Koln, confirmed the three points that lifted Arsenal above their opponents into fourth.

It's only taken five minutes for #AFCU23 to open the scoring...

Vlad Dragomir heads past Nathan Trott to give us the lead pic.twitter.com/qZwwDu4a1y

Dragomir doubles our lead against @WestHamUtd with this effort 👇 pic.twitter.com/w7BYyDKUOp

Well played, lads. It finishes 3-0 to #AFCU23, with @EddieNketiah9 scoring our third pic.twitter.com/FZJGU6H2ZH