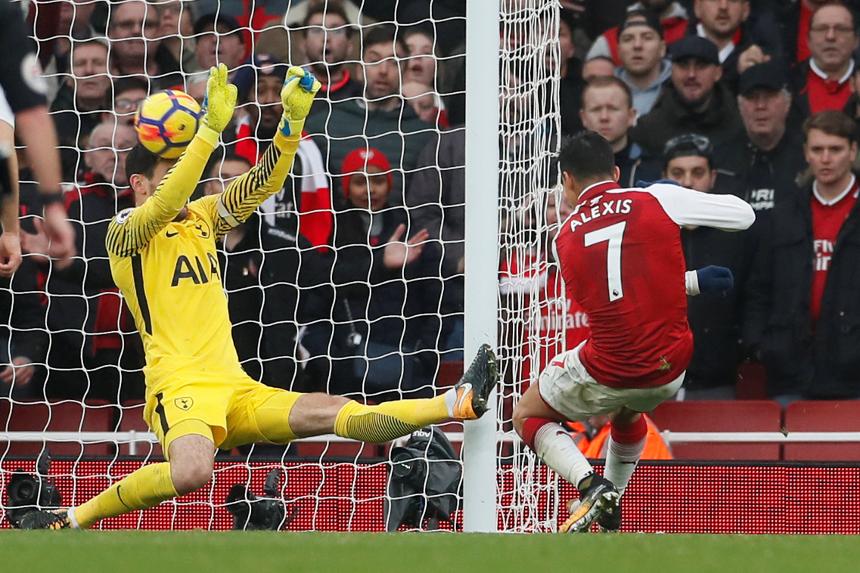 Ramsey: We were ready to give everything out there External Link

Arsenal completed their first north London derby victory over Tottenham Hotspur in seven attempts with a 2-0 win at Emirates Stadium.

The hosts took the lead on 36 minutes when Shkodran Mustafi, on his return from injury, met Mesut Ozil’s free-kick with a towering header.

In the second half Sanchez was thwarted by the feet of Lloris, while at the other end Petr Cech denied Eric Dier before Son Heung-min blazed over late on.

Arsenal's 11th consecutive home PL victory took them to within a point of their third-placed neighbours ahead of the 3pm GMT matches.