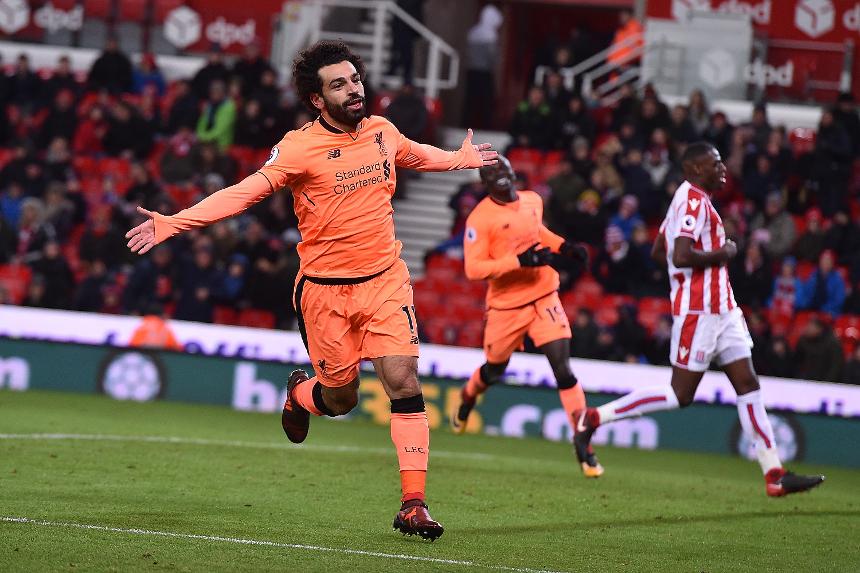 Mohamed Salah came off the bench to score twice as Liverpool beat Stoke City 3-0 at the bet365 stadium.

Sadio Mane opened the scoring for the Reds, lifting the ball over Lee Grant after being found by Dominic Solanke on 17 minutes.

The winger came close to a second just before the break but could only hit the post.

Salah replaced Solanke on 67 minutes and found the target 10 minutes later, volleying the ball high into the net.

His 12th Premier League goal of the season came with a smart finish into the bottom left corner.

Liverpool move up to fifth, while Stoke slip to 16th.