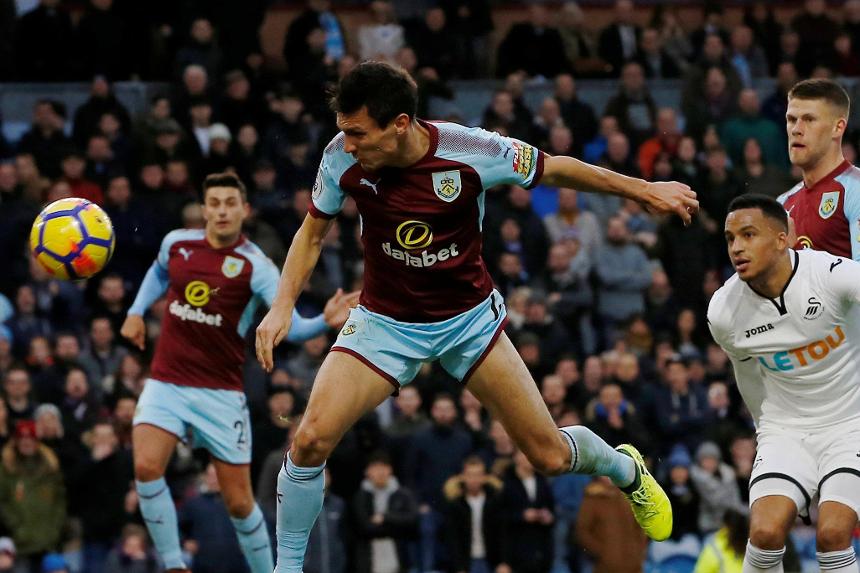 Burnley picked up their first ever Premier League win over Swansea City, beating them 2-0 at Turf Moor.

Jack Cork gave the hosts the lead on 29 minutes with a fine header from a Robbie Brady cross.

Burnley went 2-0 up five minutes before half-time when a lapse in concentration from Swansea allowed Jeff Hendrick to pass for Ashley Barnes to smash in from distance.

Wilfried Bony came on as a substitute after the break and missed a chance to pull one back, before Tammy Abraham also squandered an opportunity before going off injured.

Burnley are seventh in the table while a fourth consecutive defeat leaves Swansea 19th and two points from safety.