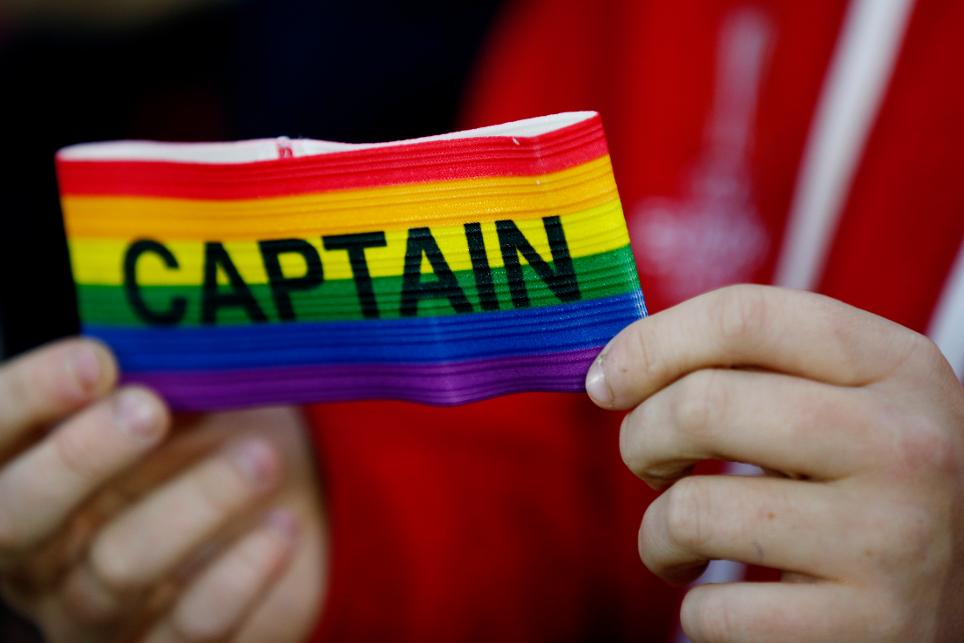 The Premier League and Stonewall have today announced a three-year partnership to help further promote LGBT equality in football.

The League and its clubs will work with Stonewall to encourage LGBT people to get involved in the sport – whether playing, supporting a club, or working in an off-pitch role – and to improve the experience of the LGBT community when they do so.

Through the partnership, the Premier League will join Stonewall’s Global Diversity Champions programme, becoming one of 750 organisations that work to improve the lives of the LGBT community in the UK and internationally. This will include the League taking steps to ensure it provides an inclusive environment for LGBT people it employs and engages with.

A significant part of the partnership will include work to address unacceptable language and homophobic abuse, whether in stadiums or on social media. This will focus on improved reporting measures, staff training and other programmes where the League will use the power of football, and its significant reach, to promote LGBT fan groups.

In an effort to ensure LGBT people feel welcome and included across all aspects of the sport, Stonewall and the Premier League will work closely with clubs to ensure that equality and diversity are key parts of the many programmes they run in communities across the country.

The League and Stonewall have a range of exciting plans to again show support for the LGBT community across a round of matches in November – more details on this will be published next week.

"Premier League football is for everyone, everywhere and our clubs are committed to equality and diversity at all levels of the sport," Premier League Executive Chairman Richard Scudamore said.

"We view the LGBT community as an integral part of our community and, working with Stonewall, we want this partnership to improve the experience of LGBT people already playing football, and supporting clubs, and to signal to others who might be interested in getting involved, that they are welcome to do so."

Stonewall chief executive Ruth Hunt said: "This is an important milestone for football, and for sport. When we started this campaign we asked people to lace up. We knew this simple act wasn’t going to solve the problem, our aim was to raise awareness of the issue. We also knew we can’t tackle this on our own, we need allies.

"The Premier League have stepped up and demonstrated how committed they are to helping make football inclusive and welcoming of LGBT people.

"The reasons for the lack of LGBT inclusion in sport are complex.

"There’s no 10-point charter, or pledge that will prevent someone for shouting homophobic abuse. It needs concentrated work, careful attention and a thought-through strategy to ensure no one is left behind.

“We look forward to working together with the Premier League to create a game where everyone is able to be themselves."