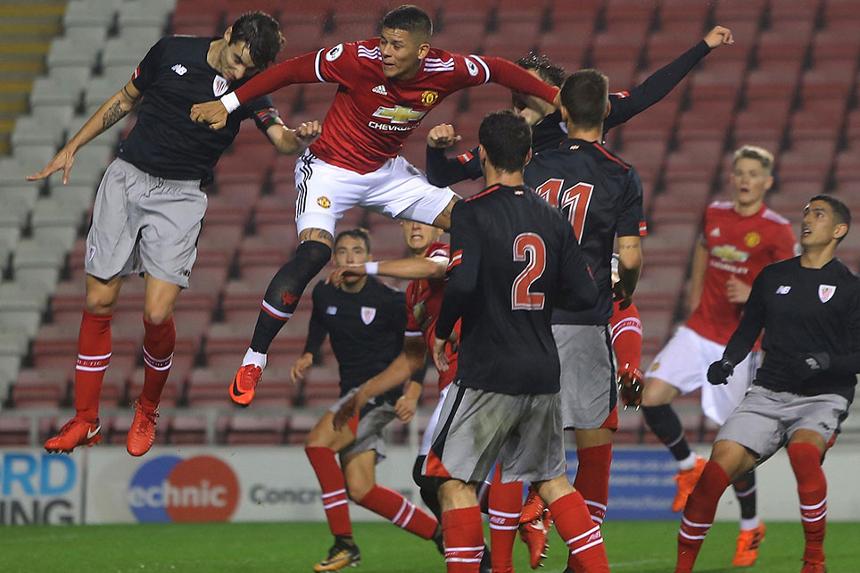 Marcos Rojo made his first appearance since April as Manchester United came from behind to beat Athletic Bilbao 2-1 at Leigh Sports Village.

The defender, out since April, played the first 45 minutes, but could not stop Gorka Guruzeta's superb strike from putting Bilbao ahead.

James Wilson equalised immediately after the restart and Ethan Hamilton won it for the hosts late on.

Man Utd top Group D with six points and Bilbao are bottom on zero points. Swansea City and Celtic both have three points with all four sides having played twice.

If United avoid defeat in their final group match against Celtic on 2 December they will qualify for the quarter-finals.