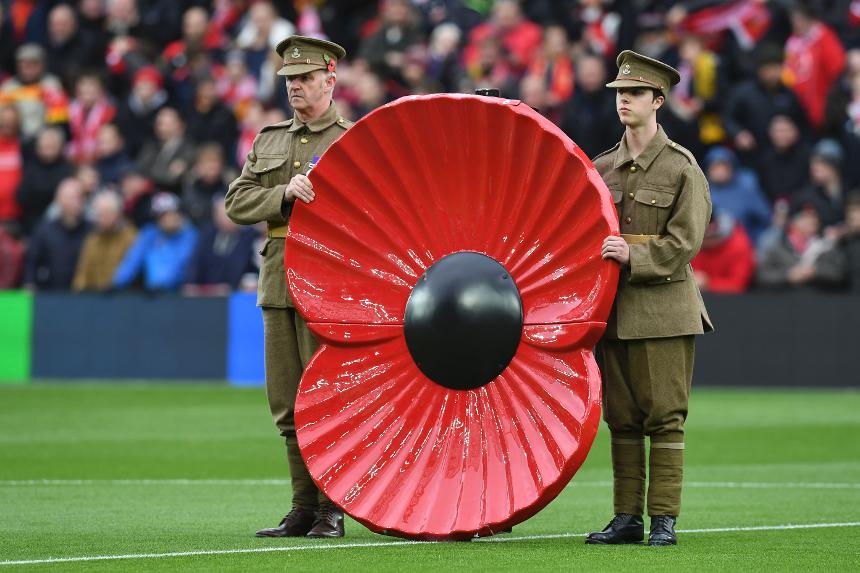 Grounds at the Premier League will fall silent from this weekend and poppies will be worn as clubs and their fans pay their respects to the sacrifices made by the Armed Forces community, past and present.

As well as the minute’s silences taking place before Premier League matches over the next two match rounds ahead of Remembrance Weekend, various tributes before kick-off are planned.

As in previous years, players will also be wearing special-edition shirts with poppies embroidered on them.

These shirts will be signed and put up for auction with the funds supporting The Poppy Appeal 2017, by The Royal British Legion.

For the first time, fans interested in purchasing the shirts and contributing to the appeal can register that interest for the auctions at premierleague.com/poppy.

The Premier League has been supporting The Royal British Legion since 2012, and has raised £1.3million for the charity.

This money has helped The Legion offer support in many ways including providing crisis grants, researching the long-lasting impact of blast injuries on the body, lobbying the government on issues that affect our community, sport and art based recovery programmes and advising on benefits and money problems

“The Poppy Appeal 2017 is encouraging the public to recognise that your poppy supports the Armed Forces community past and present, and is a symbol of both Remembrance and hope,” The Royal British Legion’s Director of Fundraising Claire Rowcliffe said.

“The work of the Legion is as relevant and vital today as it was in the aftermath of the First World War when the charity was founded. The donation for your poppy will help the Legion support today’s Armed Forces community through hardships, injury and bereavements.

“We are incredibly grateful to the Premier League for supporting this year’s Poppy Appeal and to the football community who each year dig deep and donate.

“The Legion’s work is entirely dependent on the public’s generous support – so please wear your poppy with pride, knowing that you are helping the Armed Forces community to live on.”