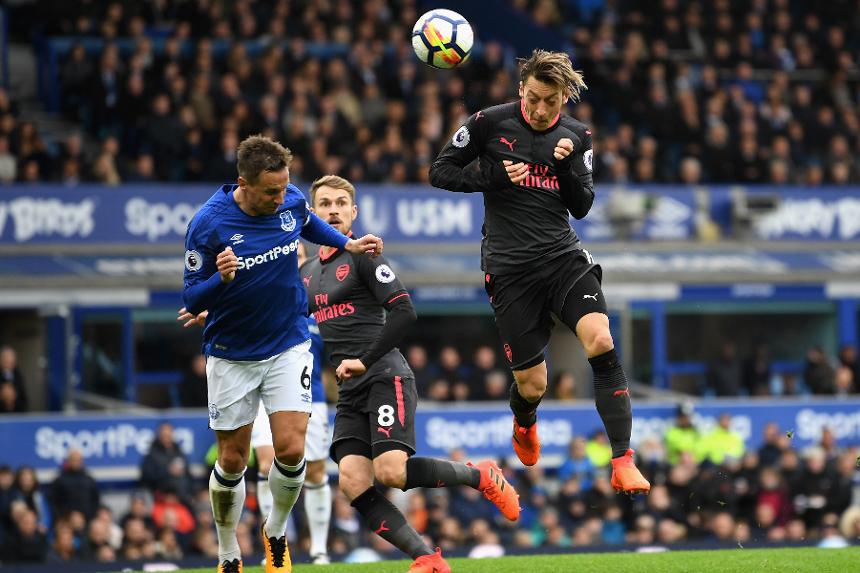 Everton took the lead on 12 minutes when Wayne Rooney curled past Petr Cech from outside the penalty area.

But Nacho Monreal levelled before half-time after Jordan Pickford parried Granit Xhaka's strike into his path.

Alexis Sanchez picked out Mesut Ozil to head Arsenal into a 53rd-minute lead, and then Everton's Idrissa Gueye was sent off for a second bookable offence.

Ozil teed up Alexandre Lacazette for Arsenal's third before Aaron Ramsey made it 4-1 on 90 minutes.

Arsenal move to fifth with their first away win of 2017/18. Everton have slipped into the bottom three.