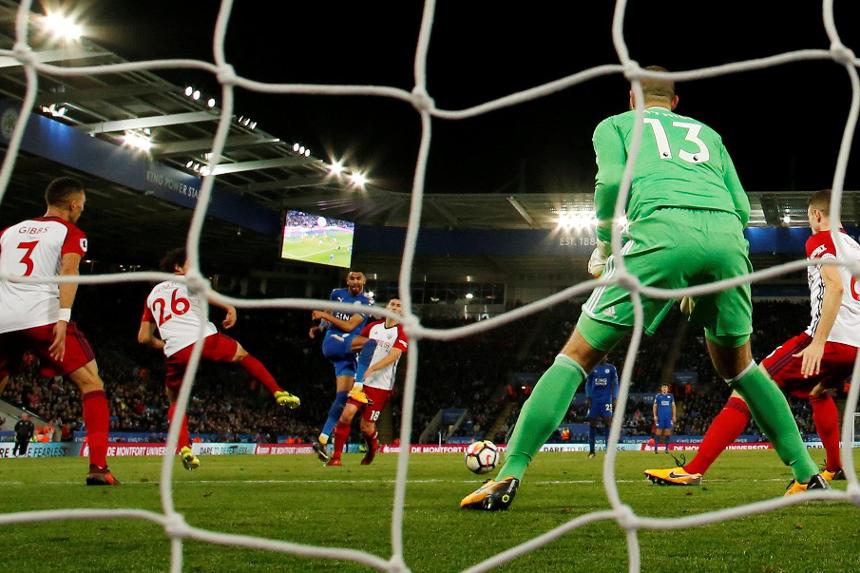 The Algerian scored his first goal of the season on 80 minutes as Leicester turned up the heat to earn a draw in a Midlands derby that sparked into life late on.

After a quiet opening period, Nacer Chadli put the Baggies ahead with a stunning free-kick from 30 yards on his first appearance of 2017/18.

But Leicester sensed an equaliser when stand-in West Brom goalkeeper Boaz Myhill, starting in place of the injured Ben Foster, picked up a knock and was unable to properly kick the ball.

After a wave of pressure the Foxes were rewarded when Ben Chilwell crossed for fellow substitute Islam Slimani to head down and allow Mahrez to have the final say.