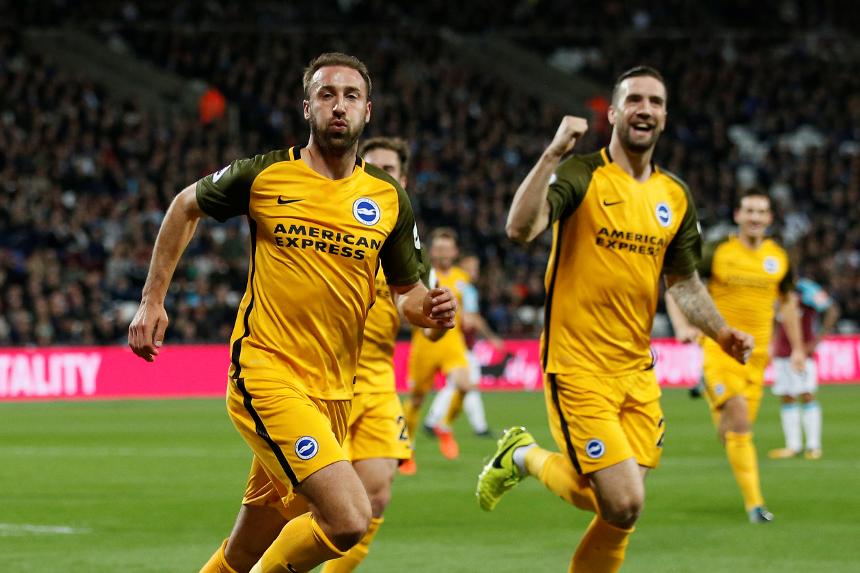 The Seagulls went ahead on 10 minutes when Murray headed in Pascal Gross's free-kick.

And in Chris Hughton's 100th PL match as a manager they doubled their lead in first-half stoppage time.

Less than a minute after Joe Hart saved a one-on-one with Murray, the goalkeeper could not keep out a first goal from Seagulls' record signing Izquierdo from 22 yards.

The Hammers have never won when trailing by two goals at half-time, and Brighton ensured that record extended to 76 PL matches when Murray scored his second from the penalty spot after being fouled by Pablo Zabaleta.