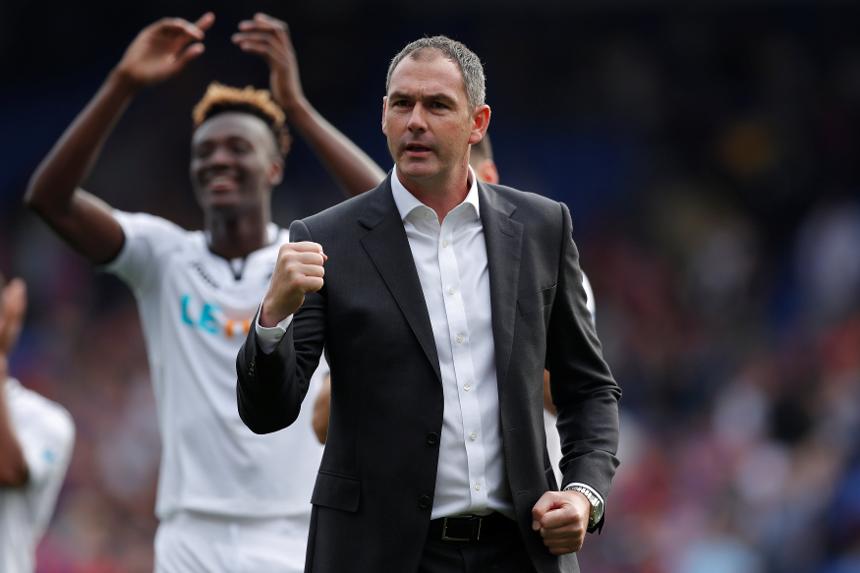 Nathan Dyer is fit and in contention after eight months out with an Achilles problem.

Forward Steve Mounie (heel) is back in training but may not be rushed back. Danny Williams has recovered from a foot injury and will be involved.

This will be the first top-flight meeting between Swansea City and Huddersfield Town and the 92nd fixture in English league football to span the top four tiers.

Swansea have won only once in their last six Premier League matches against promoted sides, failing to score in four of those (W1 D1 L4).

David De Gea (six) is the only goalkeeper to have kept more clean sheets this season than Huddersfield’s Jonas Lossl (four).

Paul Clement: "Huddersfield play nice football, they are well coached and you have to say well done to them on the start they have made."

David Wagner: "We have a lot of respect for Swansea's team, manager and idea of football, but we go there to be successful.”