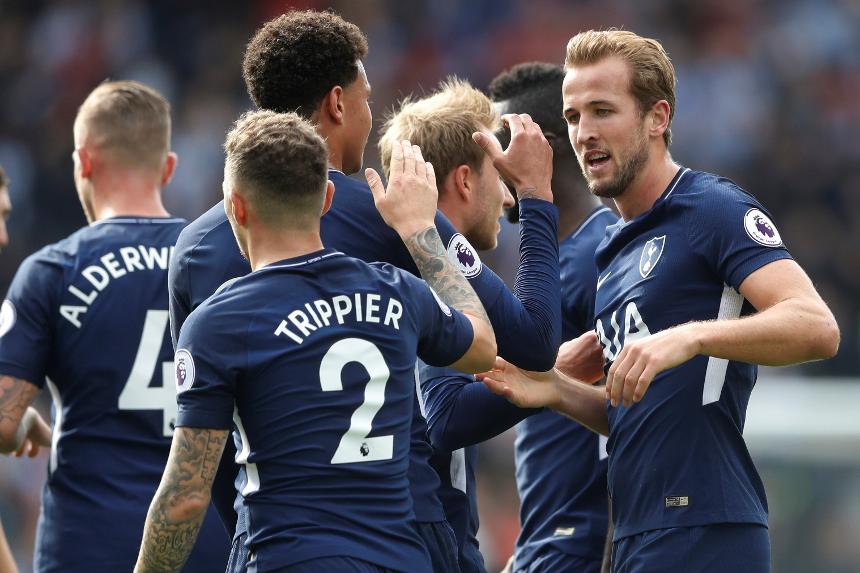 Harry Kane scored twice as Tottenham Hotspur maintained their perfect away record with a 4-0 victory over Huddersfield Town.

The striker raced on to a headed clearance from Kieran Trippier to put his side in front on nine minutes.

Mauricio Pochettino’s side doubled their lead on 16 minutes when Ben Davies finished off a sweeping one-touch move.

Midway through the first half it was 3-0 as Kane curled his sixth PL goal of the campaign past Jonas Lossl.

After Dele Alli hit the post and Laurent Depoitre struck the crossbar for the hosts Spurs made it 4-0 through Moussa Sissoko’s late effort.

Spurs’ fourth consecutive Premier League away win of the season, and sixth in total, took them third ahead of Sunday's matches. The Terriers lie 11th.