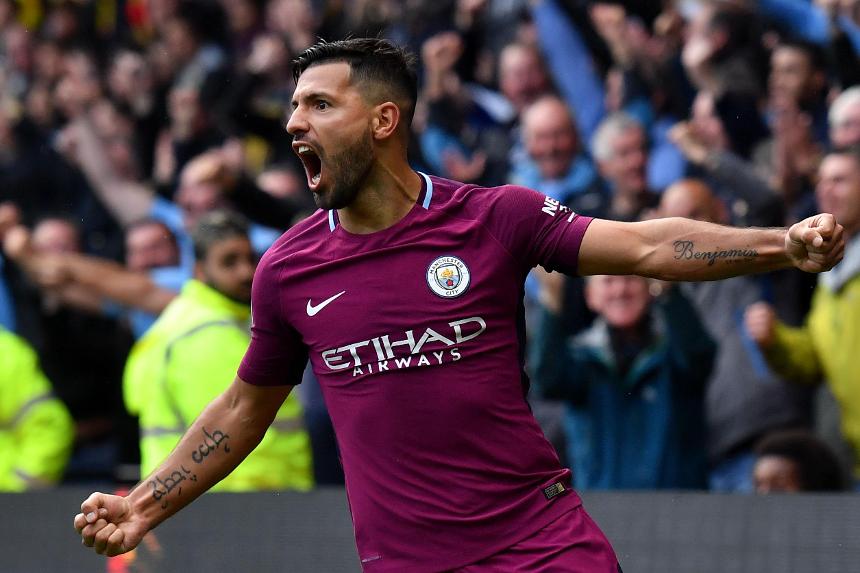 Watford had every reason to be wary of Sergio Aguero on Saturday but still they could still not stop the Manchester City striker hitting a hat-trick and edging himself closer to more Premier League records.

It was Aguero’s 10th hat-trick in all competitions for City, with two of those coming against Watford.

Only Robin van Persie (nine) has embarked upon a longer run. Aguero’s only away match where he did not score was the 2-1 win at AFC Bournemouth, when he was a 66th-minute substitute.

If he doesn’t feature in the Carabao Cup trip to West Bromwich Albion on Wednesday, a similar performance against Crystal Palace on Saturday would also send Aguero past Erik Brook’s club-record 177 goals for City.

Aguero stands at 175 goal in all competitions for the club, 127 coming in the Premier League.