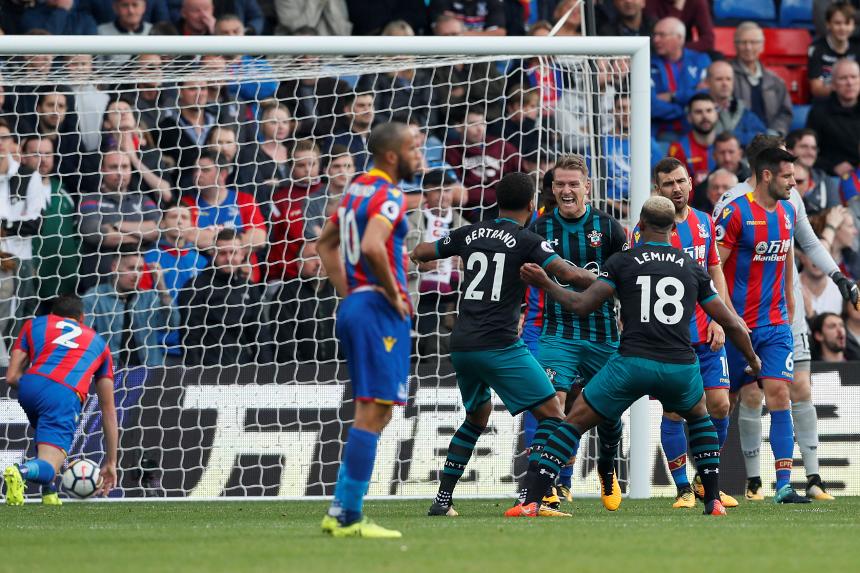 The home side started on the front foot but Saints took the lead on six minutes when Davis slotted the ball into the bottom corner after Wayne Hennessey diverted Dusan Tadic's shot into his path.

Palace started to come back into the match and Fraser Forster saved well from Jason Puncheon and Christian Benteke, while Ruben Loftus-Cheek fired a shot just wide.

But Southampton rode out the pressure and could have doubled their lead only for Hennessey to save from Cedric Soares.

Saints have eight points from their five matches, while Palace remain bottom after becoming the first side in English top-flight history to open the season with five defeats and no goals scored.