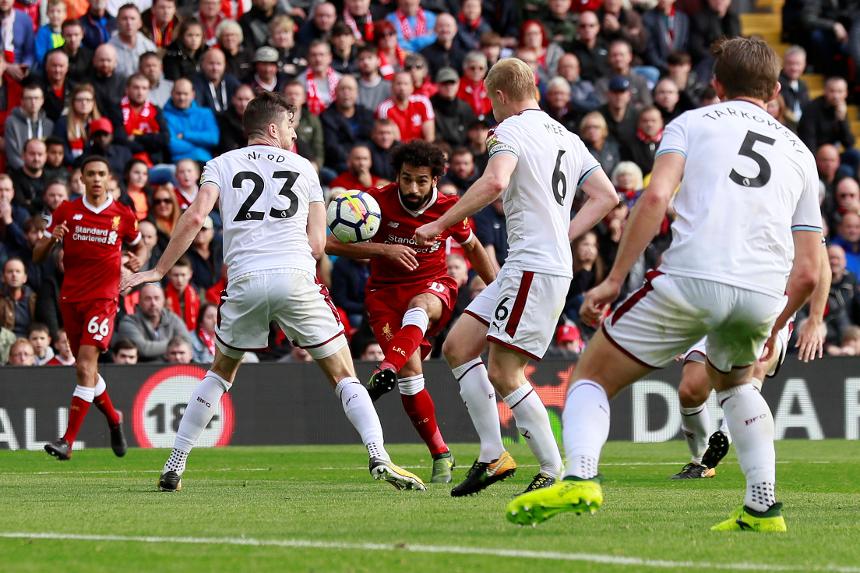 Mohamed Salah rescued a point for Liverpool as they came from behind to draw 1-1 with Burnley at Anfield.

The summer signing was on hand to control an Emre Can pass, bringing it down in the area before smashing past Nick Pope on 30 minutes.

Three minutes earlier, Burnley went ahead when Robbie Brady's flick fell to Scott Arfield on the edge of the area and he fired into the bottom corner.

After the break, Pope denied Livepool on several occasions, including one point-blank save from Dominic Solanke, which he pushed onto the bar.

Philippe Coutinho showed flashes of quality on his first start of the Premier League season, but the result means Burnley are above Liverpool in the table, in sxith, with both sides on eight points.