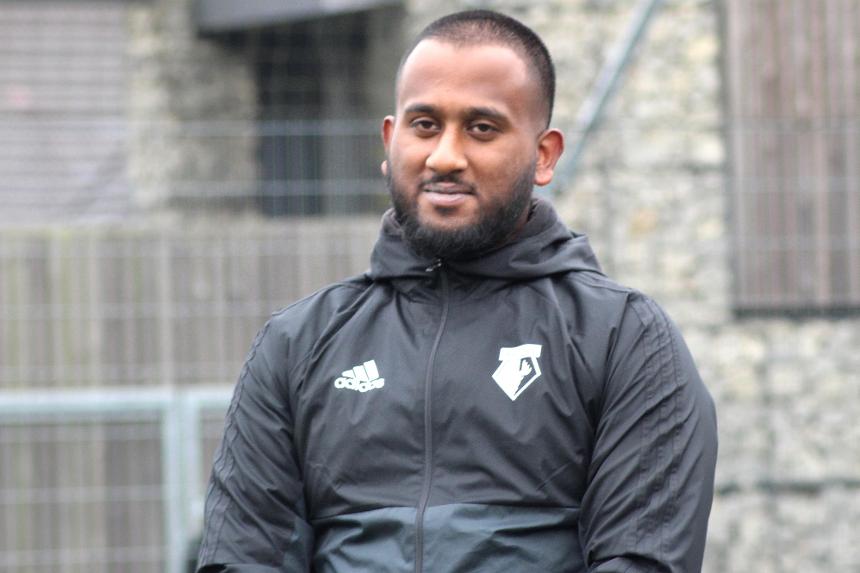 What is Premier League Works? External Link
'PL Works and Watford got me a job and confidence'
'PL Works has opened doors for me'

Yaseen Kuthubbeen was struggling to find employment and was living a nocturnal existence in north west London.

"I would be sleeping until about 6pm, going out and coming home in the early hours of the morning," the 22-year-old says. "Then I'd sleep and do the same thing over again.

"The social group I had was not very nice at all and was not positive."

Yaseen was introduced to the Watford FC Community Sports & Education Trust and their employability officer Tony Oliver, who encouraged him to take part in the Premier League Works course.

"I was unemployed and it wasn't a great feeling. You look at the surroundings you have and you say, 'Let's give this a go.' I didn't have anything to lose.

"I thought that I would get involved with security, standing at a nightclub door, but I wanted to do something completely different."

He signed up in May and has not looked back.

"Tony is a strong male role model and he motivated me to get out of bed. He was just telling me 'do it for yourself'.

"I wanted to put myself in a different social group and the people on the course will probably be my friends for life."

That exposure to different jobs gave Yaseen the inspiration he needed, and he knows the direction he wants his career to take.

"I got to see the way the prison service works," he says. "It made me fall in love with my future career."

And while Watford helped Yaseen choose his career path, they also gave him a focus in his everyday life.

"I now have order in my life," he says. "It's completely changed my lifestyle.

"Since doing the course, I put time into cleaning my room, I make sure things are in place. I make sure my uniform is ironed and pressed.

"I now think of my health. I didn't really care about the way I look. Now I do. I go to the gym. These are things I've never been more grateful for.

"The stuff that Tony's done, he's a miracle-worker.

"The way I look at it, my background doesn't matter. It just matters what I'm about to do."

Yaseen is one of 750 people that have taken part in the PL Works programme over the last 12 months, with Watford being one of 24 clubs that currently deliver the scheme.