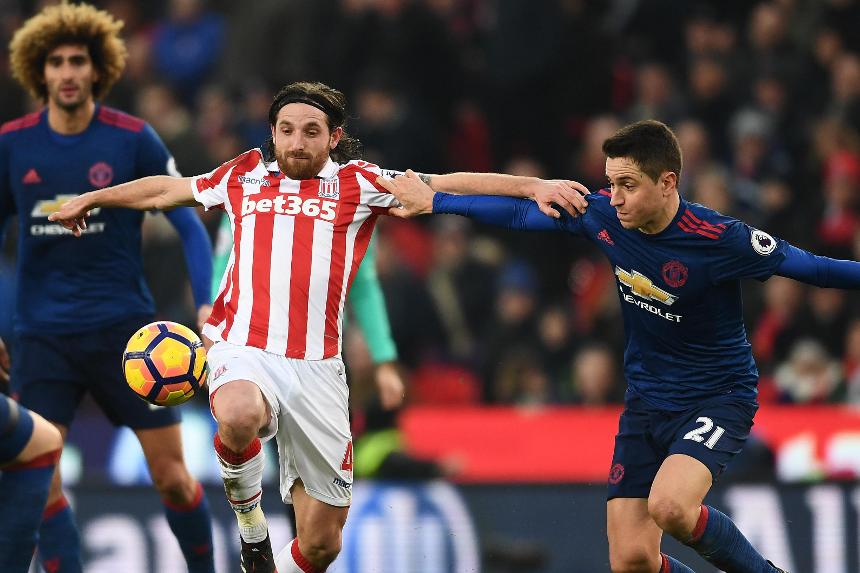 Stoke City are without captain Ryan Shawcross (back). Eric Maxim Choupo-Moting (hamstring) will be assessed.

Manchester United manager Jose Mourinho still needs to assess his squad, but Zlatan Ibrahimovic and Marcos Rojo (both knee) are definitely out.

Stoke City are unbeaten in their last four home Premier League matches against Manchester United (W2 D2) since losing four of their first five between 2008 and 2013.

Mark Hughes is unbeaten in his last three PL meetings with Jose Mourinho (W1 D2 L0). Only Ronald Koeman has gone unbeaten in four or more against Mourinho (5) in the competition.

Henrikh Mkhitaryan has provided five assists in his first three PL matches this season. Only Thierry Henry (2004/05) and Cesc Fabregas (2014/15) have managed six from their first four matches.

Mark Hughes: "We will give Man Utd the respect that they deserve, but sometimes the best way to do that is to get about them and ask questions."

Jose Mourinho: "They are aggressive, defend with a lot of people and are dangerous on the counter-attack."