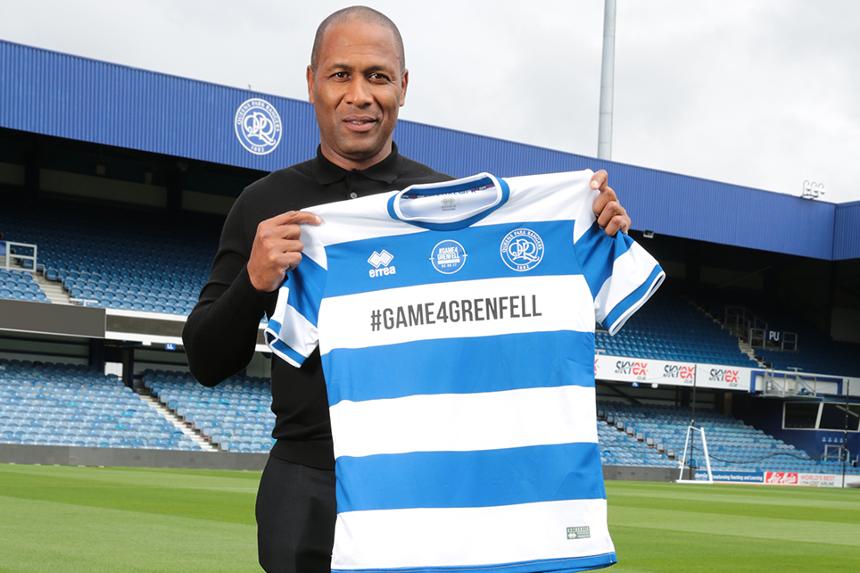 Legends from the Premier League will be among the star names taking part in Saturday's #Game4Grenfell, which will raise funds for those affected by June's Grenfell Tower tragedy.

Alan Shearer and Les Ferdinand will manage the two teams, which will feature the likes of Peter Crouch, David Seaman and Trevor Sinclair, in the special match which will be held at Queens Park Rangers' Loftus Road Stadium on 2 September.

Former QPR striker Ferdinand, now director of football at the club, has been one of the driving forces behind the event, which he believes will play an important role in helping the local community.

"As someone who grew up in the area, personally this is incredibly close to my own heart," Ferdinand told qpr.co.uk. "A game, giving something back to the people of West London, seemed like the obvious thing to do.

"Despite the natural team rivalries that exist in football, I have always found that this sport can unite people and communities like no other."

In addition to the funds raised by the match, through their Premier League Primary Stars programme, QPR in the Community Trust is planning to provide pupils at primary schools in the area one-to-one support.

This includes their 'football as therapy' programme, drop-in football sessions and community festivals, as well as using partners to deliver training for teachers around mental health and dealing with grief/ trauma.

Complimentary tickets will be issued to those directly affected by the fire, including families, the volunteers, local residents, emergency services and those who helped play a part in the recovery.

Tickets for the match are £15 for adults and £5 concessions. To buy, click here.

Ferdinand: It's all part of the healing process

🎥 #QPR players and staff on club's support for those affected by Grenfell Tower tragedy, and #Game4Grenfell: https://t.co/wSftaQKqf8 pic.twitter.com/gtYBj3I331