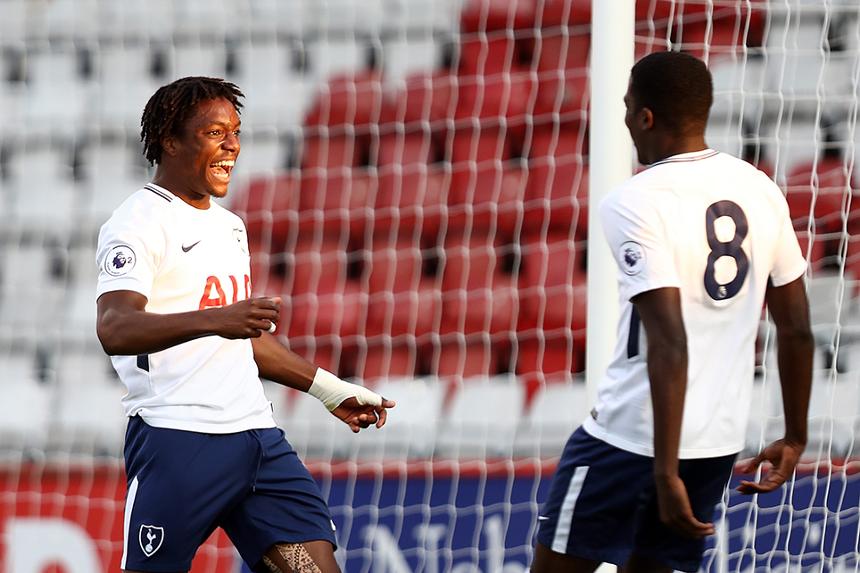 Wesley - We'll dust ourselves down and get on with it External Link
Premier League International Cup: Format explained

Tottenham Hotspur scored seven goals while West Ham United had two of four penalties saved as the hosts kicked off the Premier League International Cup campaign with a remarkable 7-2 victory.

Spurs set the tone with two goals in the opening 13 minutes, with Christian Maghoma's powerful header followed by a close-range finish from Kazaiah Sterling.

Joe Pritchard scored for the hosts soon after the interval, after Sterling's backheel, and quickfire goals from Sterling and Dylan Duncan in between a Samuel Shashoua brace made it 7-1 on 68 minutes.

Whiteman then faced two penalties from Toni Martinez, saving the first and conceding the other.

After the defeat at Stevenage FC's Lamex Stadium, West Ham play their next Group F encounter against Villarreal on Wednesday 6 September.

Spurs play the 2015/16 champions in their next International Cup fixture, which is on Tuesday 14 November. Benfica are also in their group.