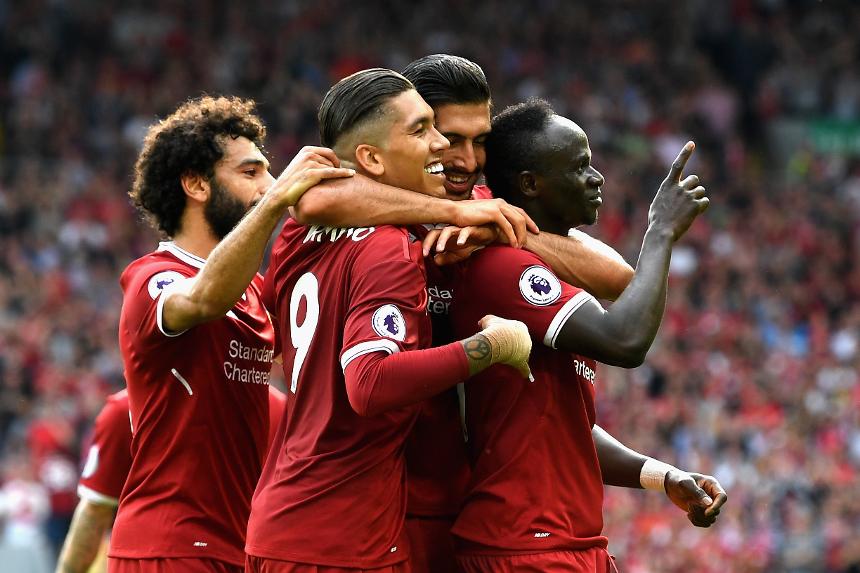 Wenger: Our performance was not acceptable at that level External Link

Liverpool continued their unbeaten start to the season with a scintillating 4-0 win over Arsenal at Anfield.

Roberto Firmino, Sadio Mane, Mohamed Salah and Daniel Sturridge scored as they won a third Premier League match in a row against the Gunners for the first time in 19 years.

Mane doubled the lead before half-time when he took on Firmino's through-ball and curled into the far corner for his third goal of the campaign.

Arsenal pushed after the break but their hopes were crushed when Salah robbed Hector Bellerin and ran 60 yards to make it 3-0.

Salah turned provider for Liverpool's fourth, dinking to the back post for substitute Sturridge to take Jurgen Klopp's side second in the table.