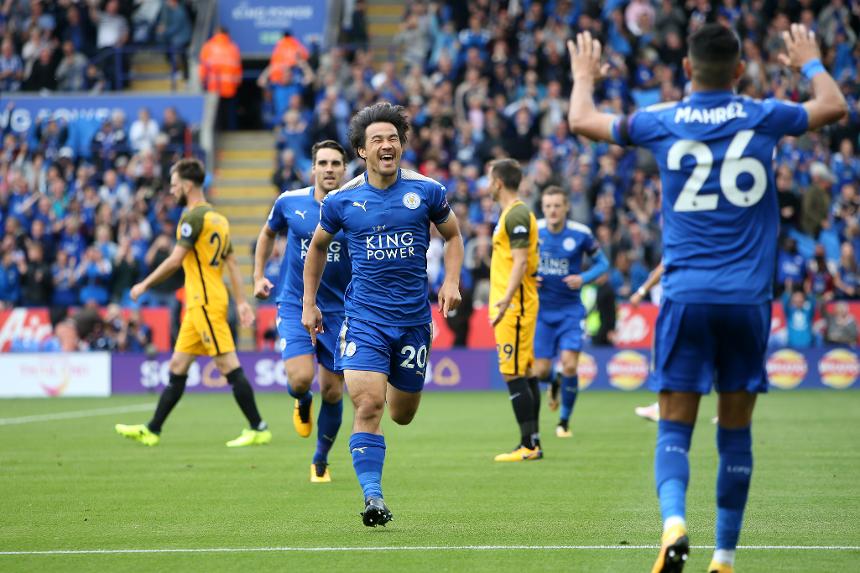 Harry Maguire headed in the second to help Leicester record their first Premier League win of the season.

Riyad Mahrez weaved his way past several Brighton players and his effort was parried by Mat Ryan into the path of Okazaki for a simple finish.

Mahrez created the second goal, when his cross was floated into the box and Maguire nodded in at the back post in the second half.

Victory for Leicester was marred in the final minutes when striker Jamie Vardy limped off with an injury.