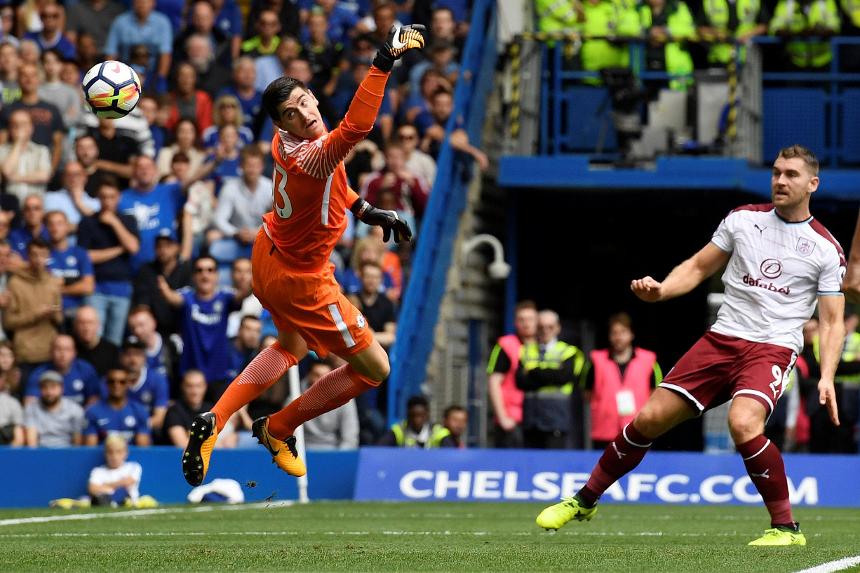 Four Fantasy Premier League forwards scored two goals over the opening Gameweek, though there is only room for three in the first Dream Team XI of the season.

Steve Mounie (£6.0m) is unfortunate to miss out following a 12-point return in Huddersfield Town's 3-0 victory at Crystal Palace. But 13-point hauls from three other strikers ensures a 3-4-3 formation, with the Terriers still well represented.

The Danish goalkeeper produced four saves and 16 recoveries to deny Crystal Palace. That allowed Lossl to top the Bonus Points System (BPS) for his position, as well as the Gameweek standings.

Replacing the injured Gareth McAuley (£5.0m), the Egyptian headed home a Chris Brunt (£5.5m) delivery to record the highest individual score of Gameweek 1 (15). More than 170,000 managers have since drafted in the centre-back.

He ended last season with his first Tottenham Hotspur goal and started this one with another valuable strike in the 2-0 win at Newcastle United. Davies’ BPS score of 36 was second only to Hegazi among FPL defenders.

The second Terriers call-up earns a place thanks to a clean sheet and an assist in the 3-0 win at Crystal Palace. He could continue to prosper as Huddersfield's next four matches all score two in the Fixture Difficulty Rankings (FDR).

Twenty assists in 2016/17 and two in Spurs’ victory at Newcastle, Eriksen has immediately caught the eye. With six shots on goal, the Dane’s ICT Threat score of 50.0 ranked second for FPL midfielders.

It was the Liverpool midfielder who bettered Eriksen, scoring 55.0 for ICT Threat in the 3-3 draw at Vicarage Road. Salah fired five shots, all from inside the Watford penalty area, and has been acquired by 120,000+ managers since his goal and assist in Saturday’s 3-3 draw.

Xhaka topped the overall ICT Index for Gameweek 1, with a score of 15.3, following two assists in Arsenal's 4-3 win over Leicester City. More than 210,000 managers have turned to the midfielder ahead of a Gameweek 2 trip to Stoke City.

Vokes picked up where he left off in 2016/17 by starring in Burnley's 3-2 win at Chelsea. The striker scored five goals over the final five matches of last season and has West Bromwich Albion in his sights for Gameweek 2.

The most popular player in FPL wasted little time in making an impact. Lukaku’s two goals in the 4-0 win over West Ham helped him register the top overall ICT Index score of 19.1. Backed by 28.4% of managers with the captaincy, he will likely be the favoured candidate again ahead of a trip to Swansea City.

The Foxes striker matched Lukaku in the BPS with 55 following his two-goal return in the 4-3 loss at Arsenal. A home encounter with Brighton & Hove Albion up next has fuelled interest, 130,000+ managers recruiting Vardy for their squads.

See: The FPL Gameweek 1 Manager of the Week