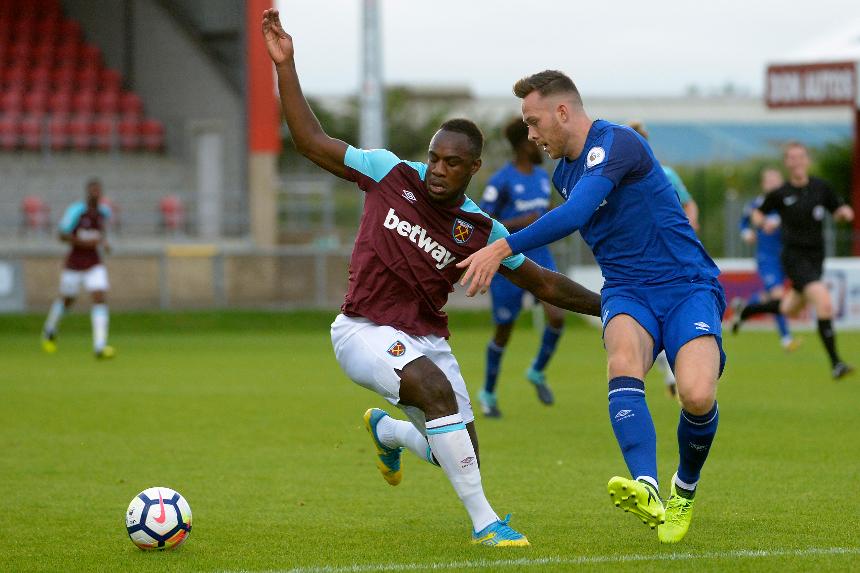 Everton dominated and Jonjoe Kenny struck his effort against the woodwork.

The closest that West Ham, in their first Division 1 match since promotion, came to a goal was Antonio's shot, which went narrowly wide.

Conor Coventry was shown a second yellow in stoppage time but West Ham held on for a point.

Their next match is at Swindon Town in the Checkatrade Trophy, with Everton travelling to Notts County.