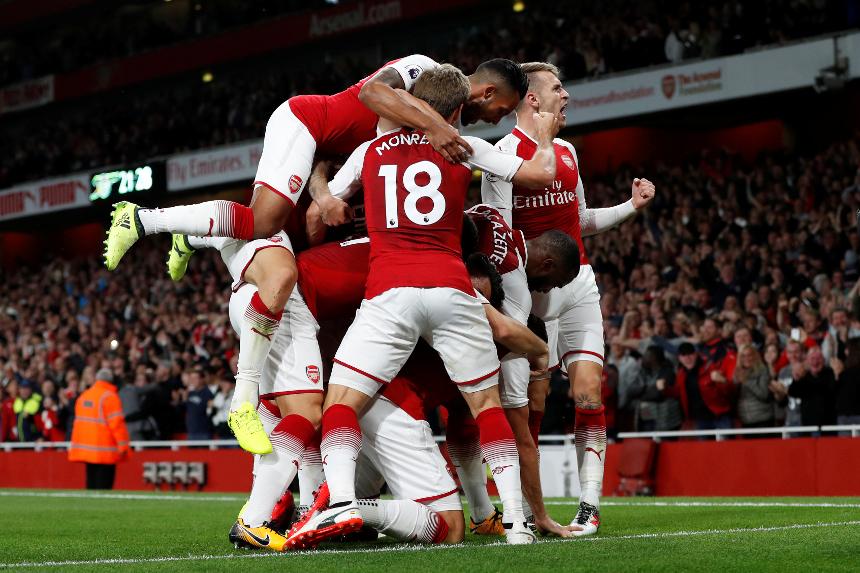 The scoring started inside two minutes when Alexandre Lacazette found the net with a header on his PL debut.

But Shinji Okazaki nodded in from close-range three minutes later before Jamie Vardy converted a superb Marc Albrighton cross to put the Foxes 2-1 up.

But Ramsey struck from a Granit Xhaka cross on 83 minutes and Giroud's header went in off the crossbar from another Xhaka delivery two minutes later to settle a gripping contest.