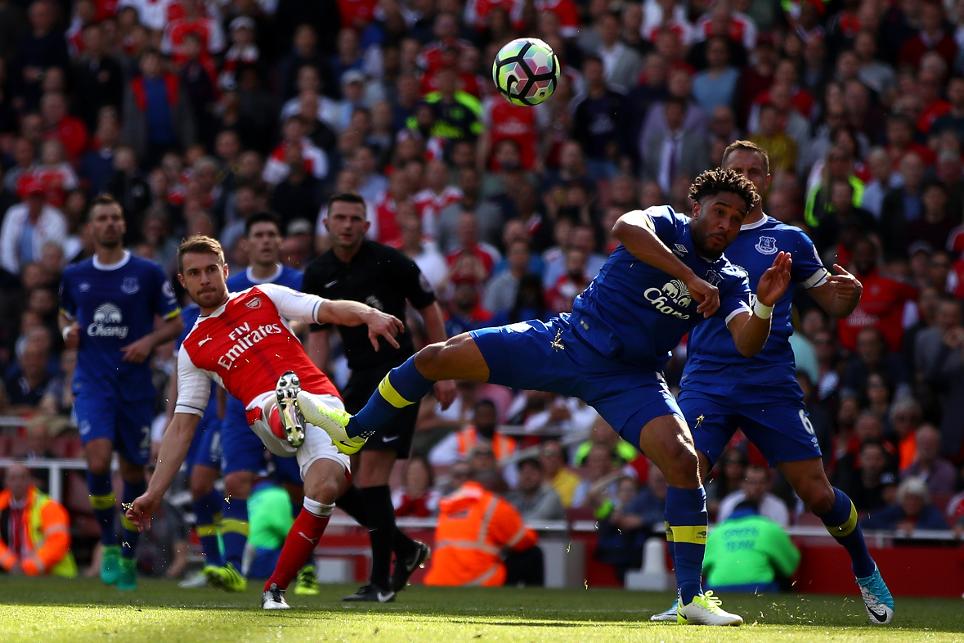 Arsenal v Everton: All you need to know External Link

Arsenal missed out on a fourth-place finish for the first time in 21 seasons despite overcoming Everton 3-1 with 10 men.

The Gunners knew they had to better Liverpool's result to qualify for the UEFA Champions League and got off to a great start when Hector Bellerin scored after eight minutes.

See what happened on the pitch after #AFCvEFC

Alexis Sanchez made it 2-0 on 27 minutes despite a straight red card for Laurent Koscielny for a foul on Enner Valencia, ruling him out of the FA Cup final against Chelsea.

Everton pulled one back through Romelu Lukaku's 25th goal of the season, a penalty after a handball by Nacho Monreal, while Gabriel went off injured.

Aaron Ramsey curled in a superb goal to seal the victory but it was not enough.