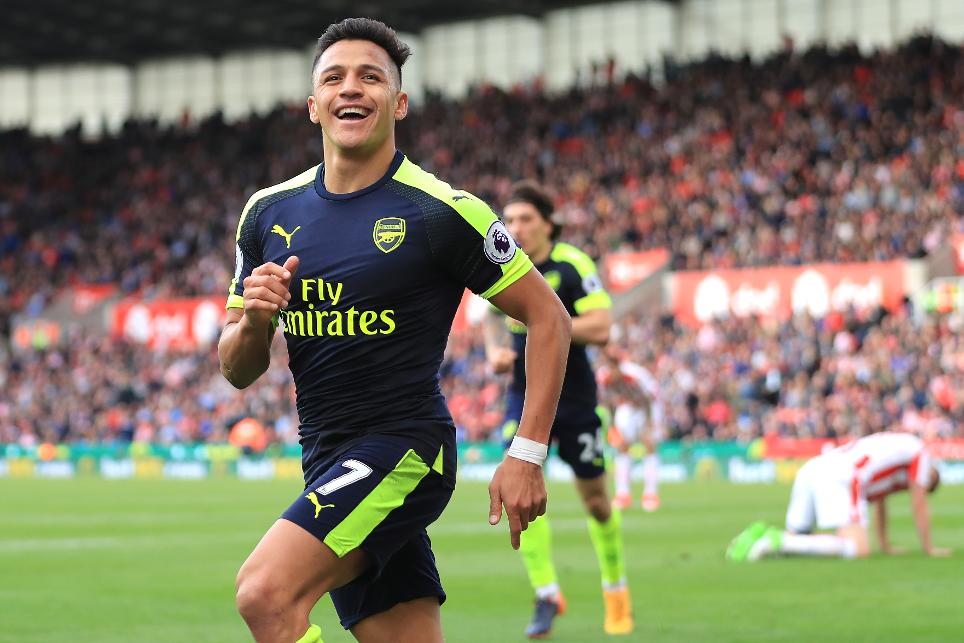 Two goals from Olivier Giroud (£8.0m) helped Arsenal to a 4-1 win at Stoke City and the striker to the maximum Fantasy Premier League bonus points.

Together with his brace, Arsenal's lone striker provided two key passes to total 56 in the Bonus Points System (BPS).

A goal and an assist helped Alexis Sanchez (£11.6m) pick up two bonus points, tallying 41 in the BPS.

The Chilean also benefitted from completing five dribbles and 84% of his 45 attempted passes, including the pass that laid on Mesut Ozil's (£9.5m) goal.

Recalled to the starting line-up, the defender also contributed six recoveries to score 35 in the BPS.

Giroud's clinical display was also recognised in the ICT Index which awarded him a score of 16.9.

The Frenchman led the way for Threat with a score of 68, scoring from close range with both his touches and shots in the box.

Ozil ranked next in the Index, with a total of 11.5, after producing the highest Creativity score (39) on show.

The Gunners playmaker fed 20 successful passes into the final third - second only to Sanchez (23) - and created two scoring chances from his pair of successful crosses.

The 12-point haul from Sanchez delivered his 1.2 million owners back-to-back double-figure hauls for the first time since Gameweek 14.

Just over 31% of those FPL managers trusted him with the captaincy, including 57 of the top 100 prior to Friday's deadline.

Sanchez is now 27 points clear at the top of the FPL standings and has matched Riyad Mahrez's (£8.9m) 240-point tally from last season with two matches to play.

However, there are early concerns surrounding his availability for his second fixture in Gameweek 37, with Sunderland the visitors to Emirates Stadium on Tuesday.

Sanchez was forced off during the latter stages against Stoke, after receiving a kick to the thigh.

Tuesday's meeting with the relegated Black Cats﻿ looks promising for the rejuvenated Ozil, who has produced a goal and an assist in his last two starts.

He appears to be flourishing in the 3-4-2-1 formation currently favoured by Arsenal manager Arsene Wenger.

With an ownership of only 7.5%, Ozil presents a final day differential for the visit of Everton in Gameweek 38.

Giroud is another who fits that profile. Preferred to Danny Welbeck (£7.3m) on Saturday, the 3.5%-owned striker could yet retain his start for the Toffees encounter.

He scored a hat-trick on the final day of last season in a 4-0 win over Aston Villa.