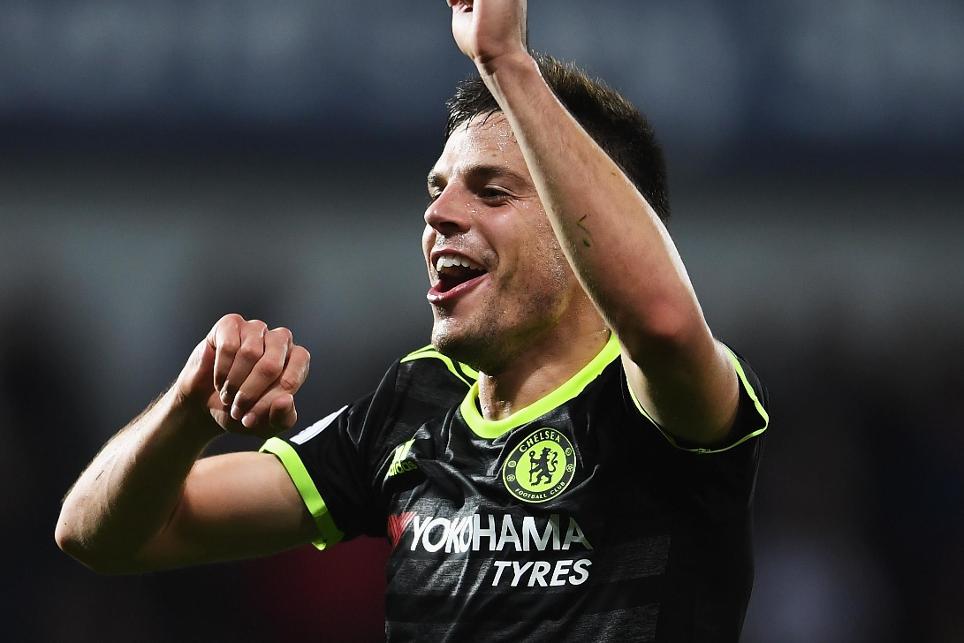 One of three Blues defenders at the top of the Bonus Points System (BPS), the Spaniard scored 37 having completed 86% of his 83 passes.

That included the cross that provided the assist for Michy Batshuayi's (£8.4m) decisive goal.

Azpilicueta has now earned more bonus points (21) than any other FPL defender.

Elsewhere, David Luiz (£6.2m) and Marcos Alonso (£6.9m) were tied on 28 in the BPS, picking up two additional points apiece.

The latter completed 95% of his 37 passes, including a single key pass. He also made five clearances, blocks and interceptions (CBI) and the same number of recoveries.

It was Chelsea's attacking players that dominated in the ICT Index.

The Spaniard failed to score for a fifth successive away match but still enjoyed 11 touches in the box, with three of his four shots fired from within the Baggies penalty area.

He completed a staggering 55 passes that ended in the final third - almost double that of any other player - while carving out seven scoring opportunities.

Chelsea's victory sealed the Premier League title but now raises concerns over the prospects of their Fantasy assets over their two remaining fixtures.

Friday's blank for Eden Hazard (£10.6m) means he has returned only a single goal and assist in his last five Gameweek starts.

Meanwhile, Costa has only three goals from his last nine Gameweeks, all scored at home.

Chelsea's remaining fixtures are both at Stamford Bridge - against Watford on Monday evening and Sunderland in Gameweek 38 - but with an FA Cup Final clash with Arsenal looming, head coach Antonio Conte is now in a position to shuffle the pack.

That could threaten the pitch-time of both Hazard and Costa, who are found in 33.8% and 36.1% of FPL squads respectively.

Chelsea's defence may now offer more secure investments for the final day as Sunderland will arrive having scored in only two of their last 12 Gameweek outings.

Following another eight-point return, Alonso remains the top-scoring FPL defender and has produced either a goal, assist or clean sheet from his last five Gameweek starts.