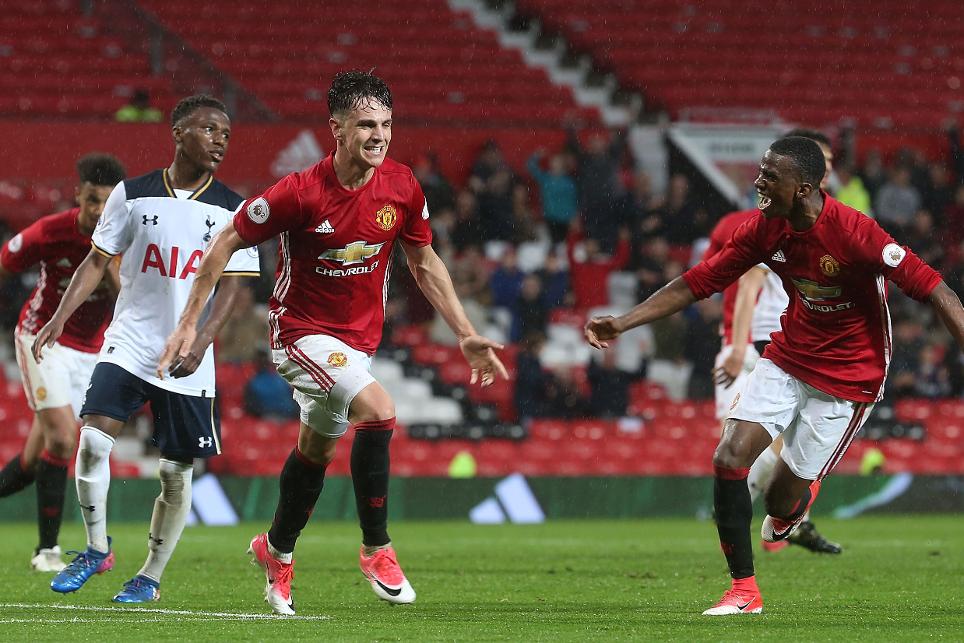 Josh Harrop struck twice late on to complete his hat-trick and give Manchester United a 3-2 victory over Tottenham Hotspur at Old Trafford.

First-team manager Jose Mourinho watched on as United secured sixth place, while Spurs' safety was confirmed at Reading as they avoided a heavy defeat.

Harrop gave United a 37th minute lead after good work by Matthew Olosunde but goals from Jaden Brown and Samuel Shashoua within the first five minutes of the second half put Spurs 2-1 up.

Harrop had the final word as he equalised with a left-footed shot in the 79th minute before hitting the winner, and his third, from close range three minutes from time.

Read our match report on a fine end to the season for #MUFC Reserves: https://t.co/c8SqIdTCBJ pic.twitter.com/CEhosSCDfI

The win took last season's champions United up to sixth in the table, while Spurs finished tenth, level on points with relegated Reading but safe with a superior goal difference.