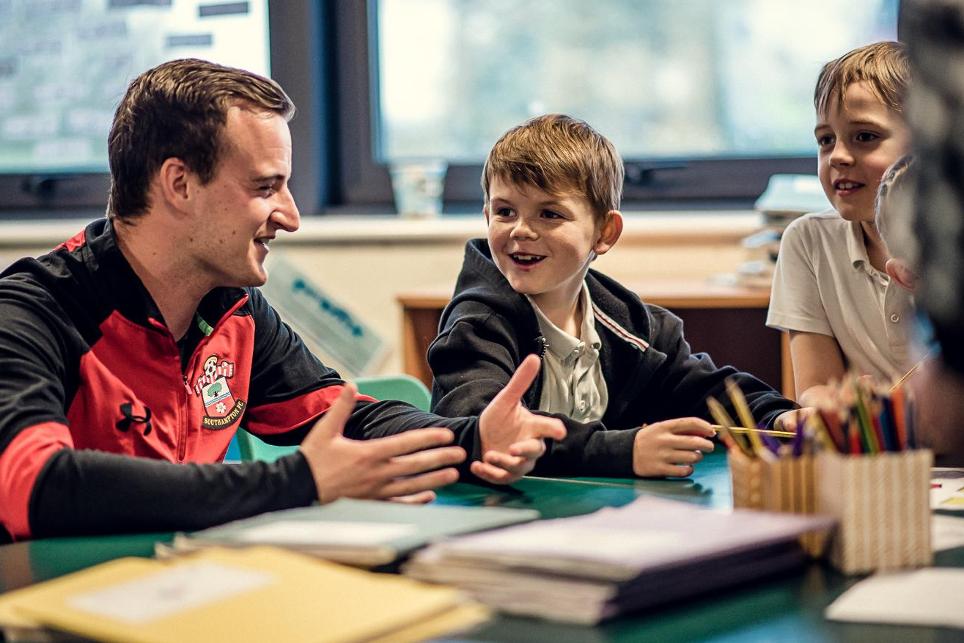 Like many primary schoolchildren, Dylan is a massive football fan but getting inspired by other parts of his school life was a bit more difficult.

"When I don't have a football to play with, I just get angry," he says.

"My behaviour was bad. I just didn't like going into the classroom and doing my work."

Things started to change for Dylan when Ed Kilby from the Saints Foundation started coming to Bassett Green Primary School as part of the new Premier League Primary Stars initiative, which uses the appeal of professional football clubs to engage children aged 5-11 during their studies, through free teaching resources.

"Mr Kilby coming into a classroom wearing that badge on his tracksuit has had a massive impact on all the children involved," says intervention officer Dom Ducellier.

Dylan has certainly felt the benefit of the programme.

By using innovative techniques that combine learning and his love of football, such as only being able to claim a goal in PE after answering a maths sum, Dylan has been much more engaged in the classroom.

"He is really trying now, in all of his lessons. He has got an incentive and knows that people believe in him," says class teacher Naomi Killick.

Dylan also knows that he has made significant progress.

"I have got better at my times tables, in class now I really concentrate, started doing my work and, listening to the teacher, I really like it."

Southampton are one of 88 football clubs that are delivering PL Primary Stars, which is the Premier League’s most ambitious community programme to date and aims to support 10,000 primary schools by 2019.