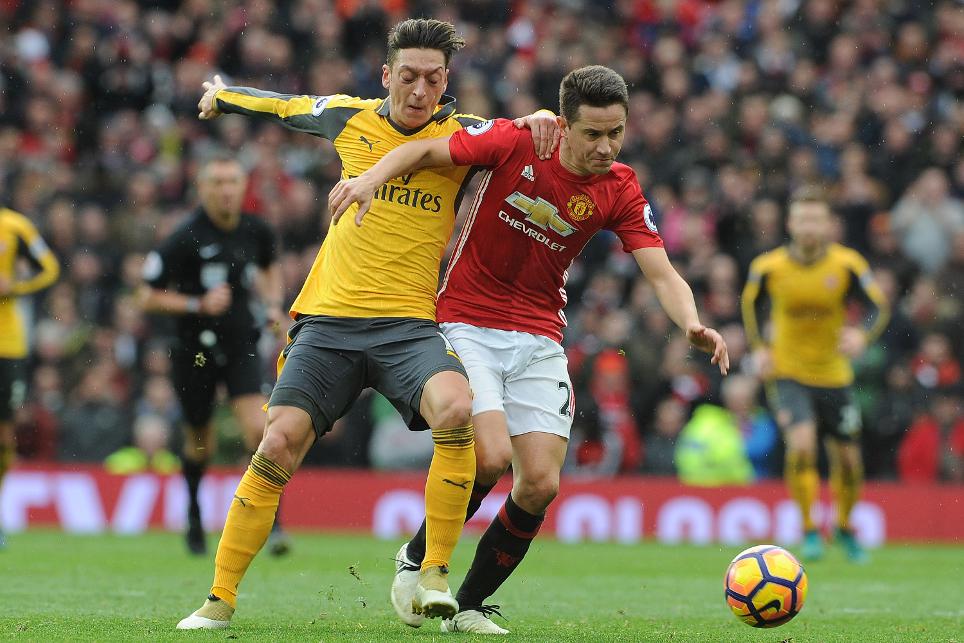 The Ox is April Player of the Month External Link

After both dropping points in Matchweek 35 to lose ground in the race for the top four, Arsenal and Manchester United face off at Emirates Stadium on Sunday.

The midfield battle between Mesut Ozil and Ander Herrera could be crucial, as Sky Sports’ Peter Smith observes.

Herrera is enjoying his best season at Man Utd.

He is the club’s top assist-maker in the Premier League – his tally of six matching his previous two seasons combined – but it is his defensive work that has really caught the eye.

Playing in a protecting role in front of the defence he is also United’s top tackler (82) and interceptor (80).

Of all PL players he ranks 10th for tackles and fourth for interceptions, just one behind N’Golo Kante, of Chelsea.

Most tackles and interceptions 2016/17

It is a different tale for Ozil.

Despite enjoying his best goalscoring campaign for the Gunners his creativity has dropped off.

Although he made more passes than any other Arsenal player against Tottenham Hotspur last time out, only two of Ozil's 49 passes led to a shot from a team-mate.

This has only helped to highlight his recent dry spell against top-six teams.

In seven appearances versus those sides Ozil has scored one and set up another - a goal contribution every 315 minutes.

This contrasts to a contribution rate of one every 161 minutes against the remaining 14 sides – something he will be keen to improve on Sunday.