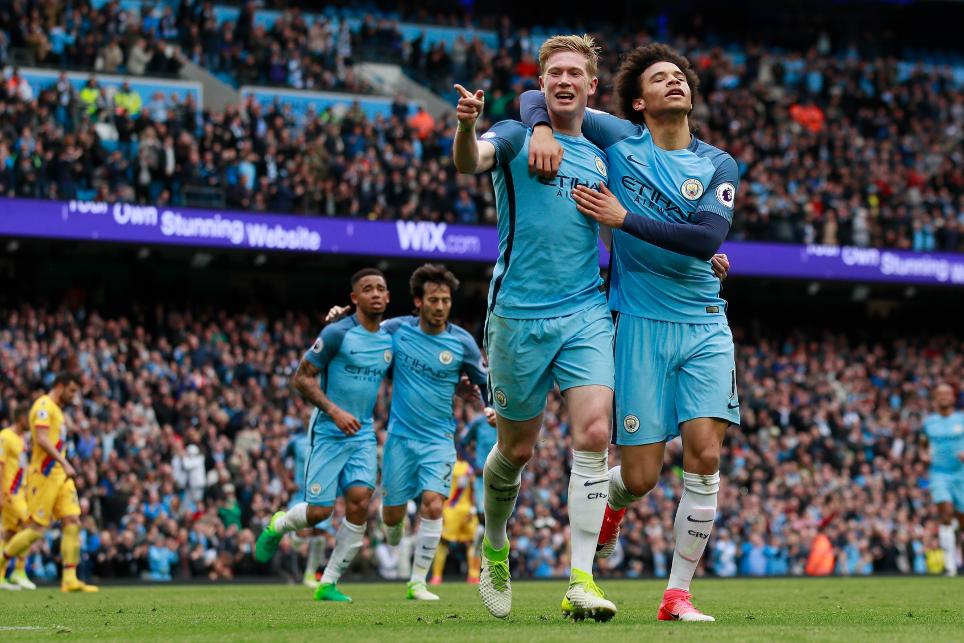 Kevin De Bruyne scored one goal and set up two others as Manchester City moved up to third in the Premier League with a comprehensive victory over Crystal Palace.

City had a great start when the returning David Silva swept the ball home after only 114 seconds from a headed clearance from Martin Kelly.

Palace created a couple of openings, including Patrick van Aanholt slicing wide, but City doubled their lead four minutes into the second half when Vincent Kompany fired in De Bruyne’s cutback.

De Bruyne added a third before Raheem Sterling made it 4-0 from Pablo Zabaleta's nod-back across goal. De Bruyne's free-kick set up Nicolas Otamendi's header to make it 5-0 in stoppage time.

City are level on points with Liverpool, who play on Sunday, but are ahead on goal difference while Palace are on 38 points, four points off Hull City in the relegation zone, whom they play next.