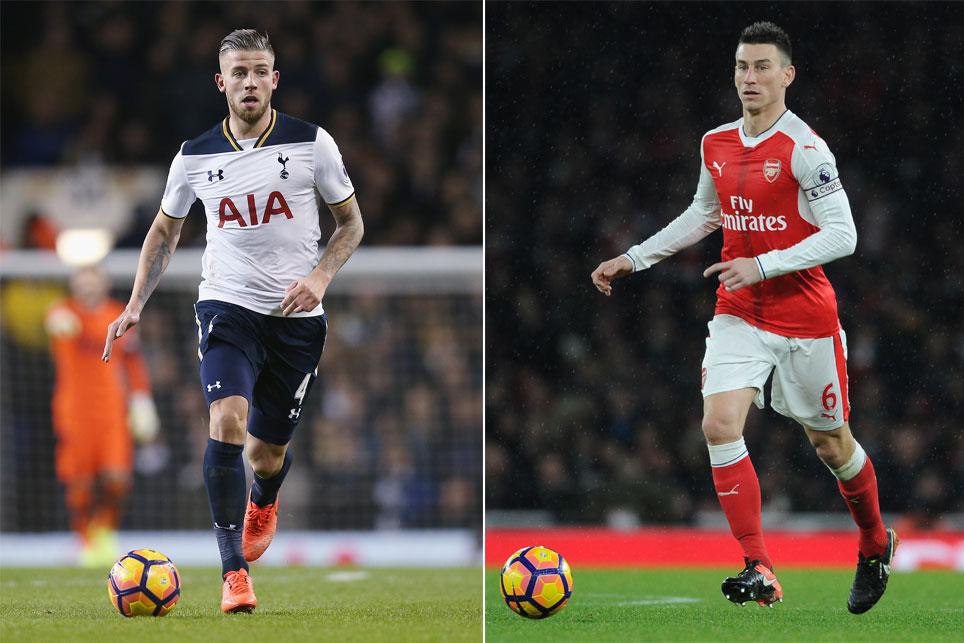 Wenger - What makes the derby so special External Link

The Lane, The Finale External Link

Which defence will come out on top in the north London derby? Sky Sports’ Paul Harrison examines the stats of Tottenham Hotspur and Arsenal's star defenders.

While Arsenal's troubled defence has come under regular scrutiny over the past few seasons, one man who has often been exempt from criticism is the stand-in skipper Laurent Koscielny.

In fact, over the past four seasons, the Gunners' record with and without the France international bears little resemblance.

Arsenal with and without Koscielny in PL since 2013/14

His record in north London derbies is impressive too, suffering just two defeats from 12 appearances.

With his presence on the pitch this season Arsenal have conceded a goal every 82 minutes; without him they concede on average every 50 minutes.

In order to stop Harry Kane, Dele Alli and Co stretching Spurs' unbeaten league run against Arsenal to a record six matches, he will have to preserve his reputation as one of the division's finest centre-backs.

An opposition player who can also stake claim to that title is Toby Alderweireld, who has won an impressive 31 of 34 attempted tackles in the Premier League this season.

The Belgian's impact for Mauricio Pochettino's title hopefuls this season is near identical to Koscielny's record over the past four seasons in north London.

Spurs with and without Alderweireld in 2016/17 PL

See: More on key battle at the Lane