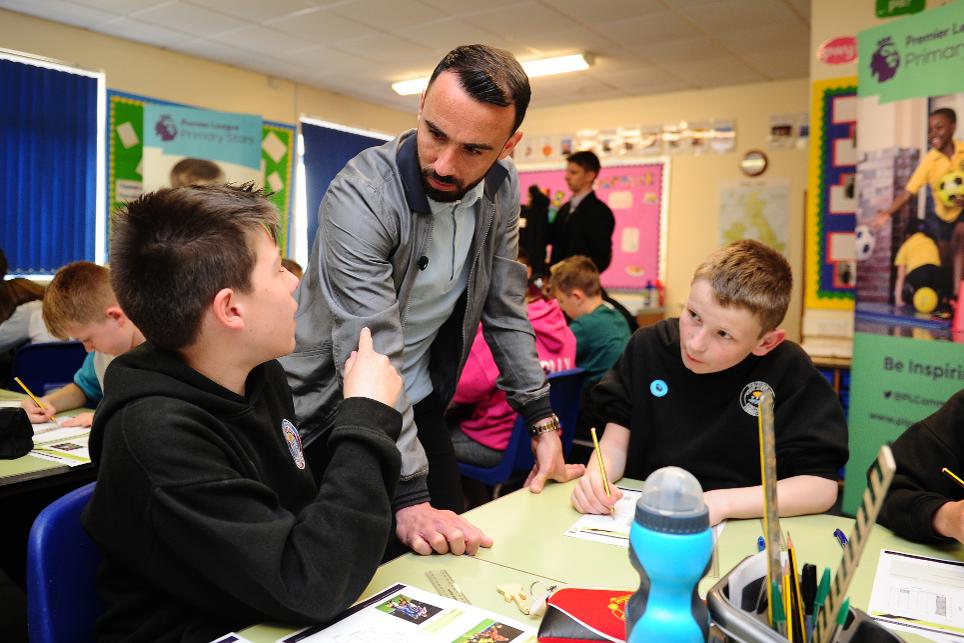 For thousands of children across England and Wales, this week marked the return to school after the Easter holidays.

And the pupils of Pontybrenin Primary School in Wales had a special guest to accompany them at the start of the summer term when Swansea City's Leon Britton came to visit them for the day.

Pontybrenin was renamed 'The Leon Britton School' as the midfielder joined in with a maths lesson as part of Swansea City Community Trust's Premier League Primary Stars programme.

"It's been brilliant having Leon at the school," Pontybrenin pupil Olivia told swanseacity.net. "He's been showing us new skills and he's helped us with our work in class and our maths problems."

As well as giving his support to the new programme, Britton also backed the PL Primary Stars Kit and Equipment initiative, which donates valuable items such as shirts, bibs, cones and training balls to schools.

Schools have until 9 June to apply for either a kit or equipment package.

"Having a school named after you is something you never dream of," said Britton. "It's great that the Premier League is investing money into local communities, whether it's in Swansea or throughout the UK."

"I think it's important to let fans see that. That it's not just going into the football clubs but also into the surrounding communities and it’s having an effect on them and doing positive things."

See: Britton goes back to school