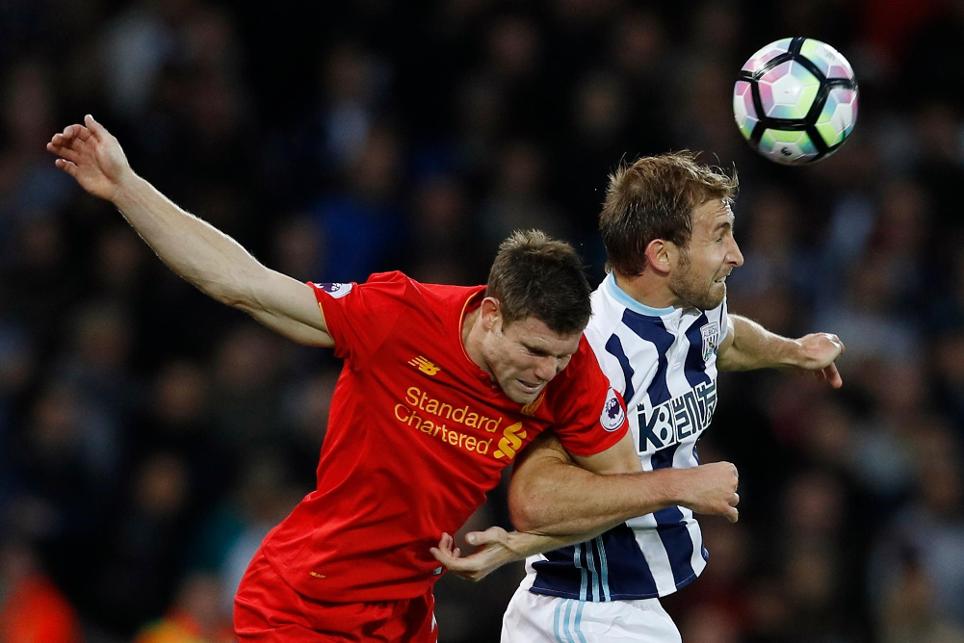 'Coutinho and Firmino are fantastic, but they don't do it alone' External Link

Liverpool have long struggled to deal with set-pieces.

This season they have conceded six goals from corners, twice as many as the two teams above them in the Premier League table combined and more than every single one of their top-six rivals.

Goals conceded from corners by top 6

At the weekend, things are unlikely to get any easier.

The Reds travel to The Hawthorns on Sunday to face West Bromwich Albion; statistically the strongest side in the 2016/17 Premier League when it comes to set-pieces.

Most goals scored from set-pieces

Jurgen Klopp's team suffered a scare against them at Anfield in October when, despite the home side having dominated the match, Gareth McAuley pulled one back late on with West Brom's only shot on target after Liverpool failed to clear a corner.

Set-pieces always give the Baggies a chance, as demonstrated in their 3-1 win over Arsenal last month when Craig Dawson scored twice.

Speaking about Arsenal's marking approach that day, Pulis explained: "They mark zonal, they have a line of players inside the box and they have two to block people. If you can get across that block then you are running on top of people who are standing.

"Dawson has two goals doing that today. It doesn't just happen, you need to have the quality of ball into the box and you need to have someone who wants to head it. We have an abundance of them."

With the likes of Dawson, McAuley and Jonny Evans, that is undeniably true and Liverpool will find it difficult to man-mark. Centre-backs could pick up two but who is Liverpool's third-best man-marker? He would struggle one-on-one against any of those three players.

"Jurgen Klopp likes to zonal mark so if I was him I would go three at the back to get a bit more height into the side,” says Sky Sports pundit and former Liverpool defender and coach, Phil Thompson. “Divock Origi will probably also need to play to add some height, so you'd have him plus Ragnar Klavan, Joel Matip and Dejan Lovren all strong in the air.

"Liverpool's blockers need be clever as well because that was something Arsenal didn't do on the big men; leaving them with free runs on the goal.

"They should have been practising that in training and making sure goalkeeper Simon Mignolet is clever with his movement to get a clear space to help the defenders.”

Three or four at the back?

Whether Liverpool can put that theory into practice remains to be seen. But if set-pieces continue to be a source of cheap goals for their opponents then the Reds will be in trouble.