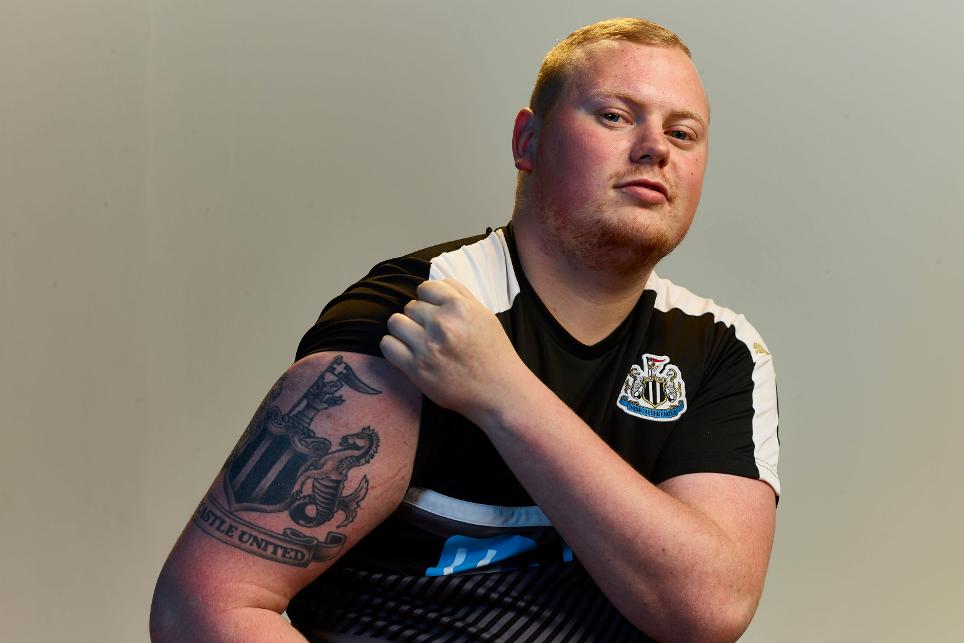 When his dreams of joining the Army were crushed on medical grounds, Rhys was left heartbroken and with no idea as to his future.

"I was devastated," he says. "I didn't know what to do. For two years I was unemployed."

A die-hard Newcastle United fan, Rhys heard about how Newcastle United Foundation was supporting young adults in the community back into education, training or employment through programmes such as Premier League Works, Talent Match and Get Started with Football.

"We did CV building, interview skills, training - I suddenly realised all the extra things I could be doing to help me get a job," Rhys says.

"The Foundation supported me massively and it made me realise that eventually I want a job that helps other people in the way they helped me."

Since signing up Rhys has never looked back and with the help of his coach, Dan, has found new aspirations to pursue.

"My coach, Dan, supported me in finding a new dream," he said. "Not only that, he helpled me apply for a match-day position at St James' Park - and I got it!"

As well as his match-day job, Rhys also volunteers at the NU Foundation's Premier League Kicks sessions, helping other young people achieve their goals through the power of football.

"For two years I got nowhere and then suddenly after a few months with the Foundation I was on a pathway towards my ideal job."