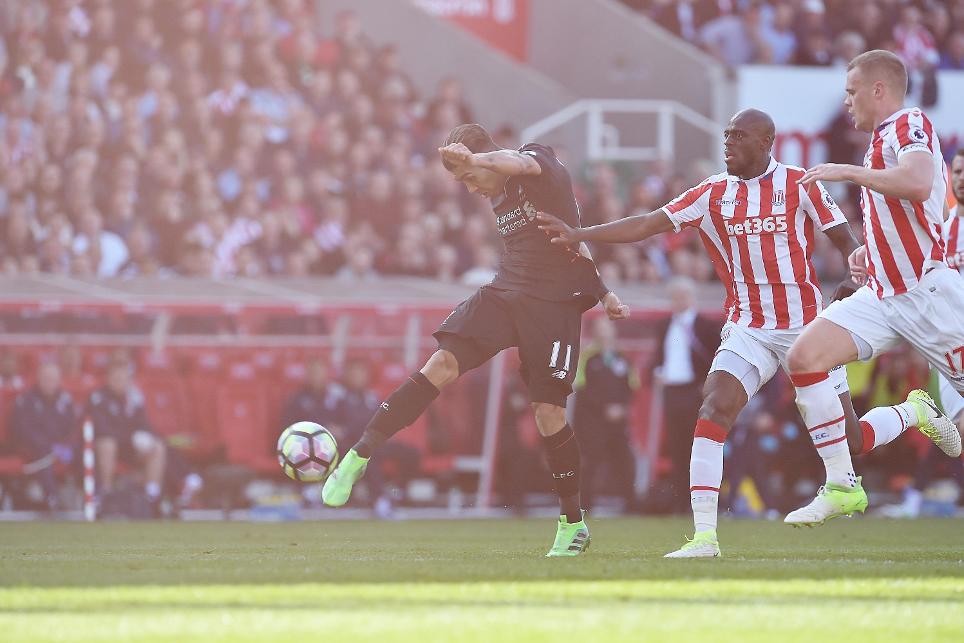 Half-time substitutes Philippe Coutinho and Roberto Firmino scored within 126 seconds of each other to earn Liverpool a comeback victory at Stoke City.

Jonathan Walters had headed Stoke in front with his seventh Premier League goal against them, after a cross by Xherdan Shaqiri just before half-time.

Dejan Lovren hit the bar from a corner by Coutinho, who became the Premier League’s highest-scoring Brazilian when he equalised.

Firmino secured the victory with a powerful volley from 25 yards.