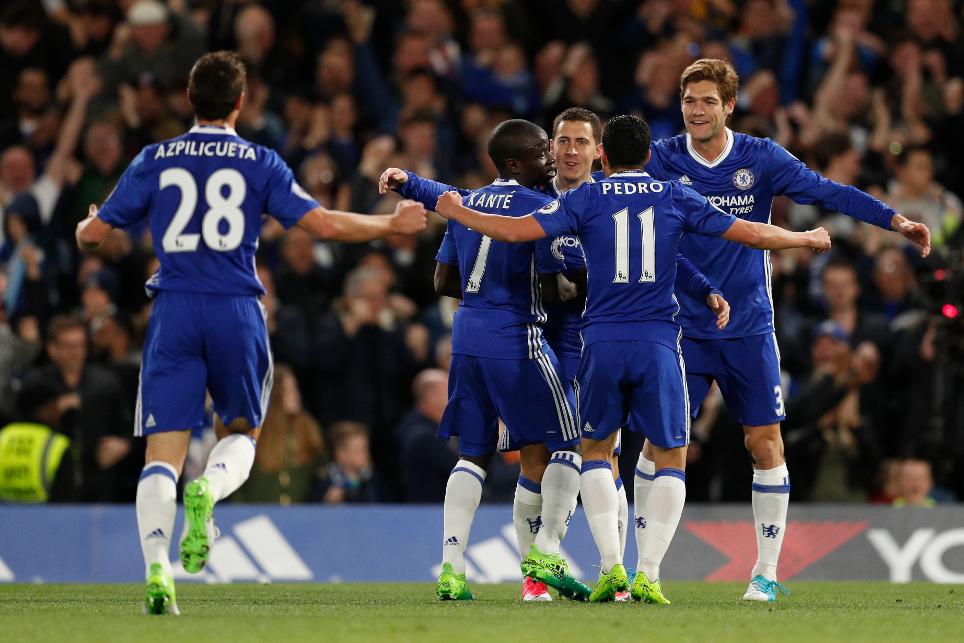 Kompany: We stood up to the challenge External Link

Two goals from Eden Hazard kept Chelsea seven points clear at the top of the Premier League as they beat Manchester City 2-1 at Stamford Bridge.

The Belgian restored Chelsea's lead when he slotted in the rebound after his 35th-minute penalty had been saved by Willy Caballero.

Vincent Kompany, returning to the starting line-up for City, headed against the crossbar before John Stones sloiced the ball over from a few yards out in stoppage time.

But Chelsea held on to remain ahead of second-placed Tottenham Hotspur, who completed a late win at Swansea City, with Man City fourth on 58 points.