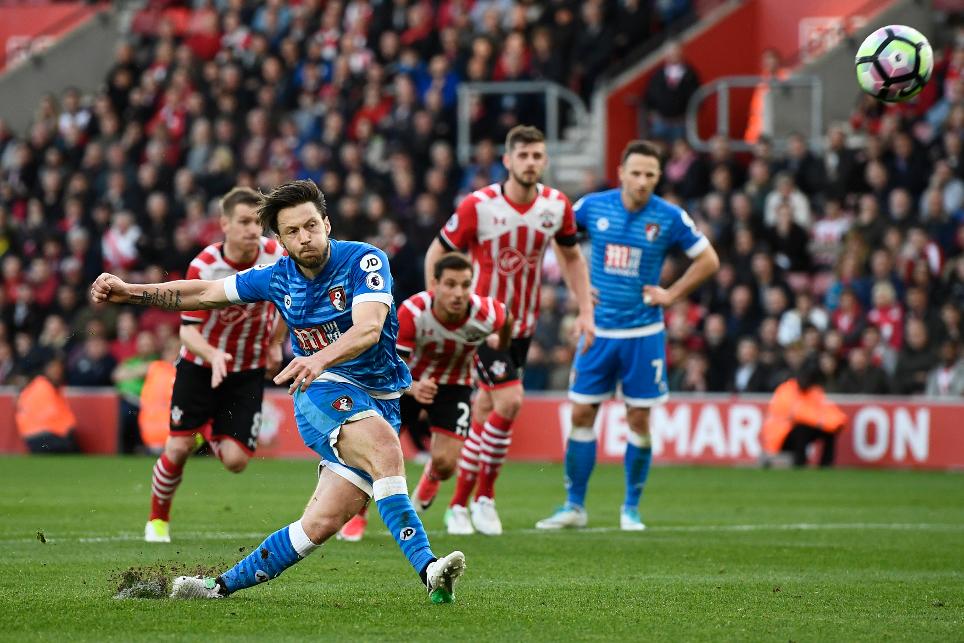 Howe: We should have won with the chances we made External Link

Harry Arter missed a penalty and the chance to earn AFC Bournemouth their first win over Southampton at St Mary’s Stadium.

After AFC Bournemouth’s Andrew Surman’s effort was cleared off the line, Southampton rallied.

Dusan Tadic hit a post, Maya Yoshida headed over and Jay Rodriguez forced Artur Boruc into a save.

After the break AFC Bournemouth's Benik Afobe put a good chance wide, while James Ward-Prowse and Shane Long did similar at the other end.

Adam Smith hit a post, but the best chance fell to Arter, 11 minutes before the end after Ryan Fraser had been fouled in the box, but he skied his penalty.

The two sides are on 34 points, with Southampton a place better off in 10th.

Man of the Match: Dusan Tadic