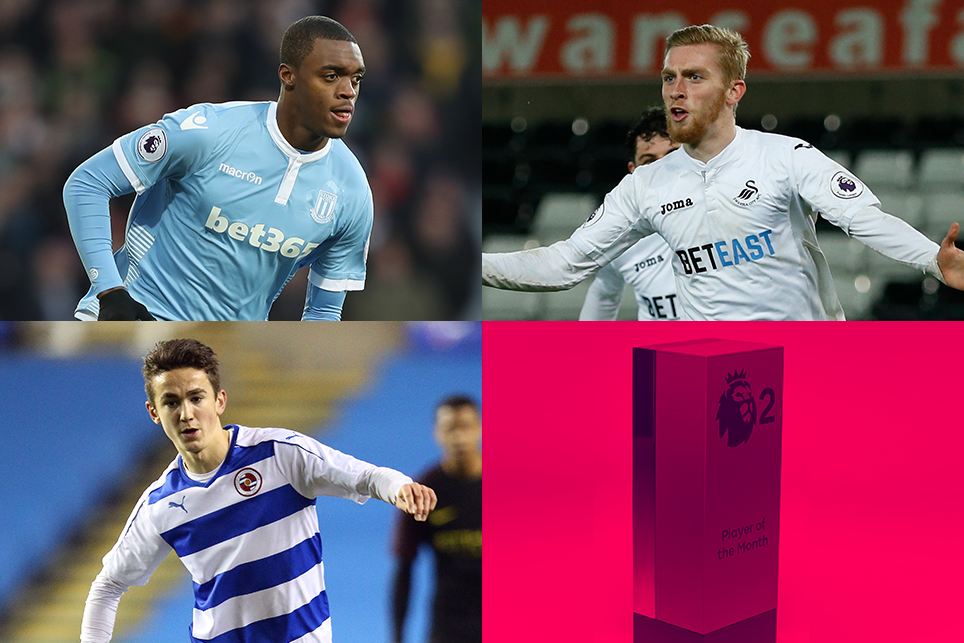 There are three contenders for the Premier League 2 Player of the Month for March, with Stoke City, Swansea City and Reading represented on the shortlist.

Swansea’s Oliver McBurnie, who claimed the prize for January, is again among the nominees, selected alongside Stoke striker Julien Ngoy and Jordan Holsgrove, of Reading.

Aged just 17, Holsgrove is the youngest nominees after excelling for Reading in PL2 Division 1.

Although Reading lost to Tottenham Hotspur and Liverpool, Holsgrove stood out from attacking midfield and the Royals have high hopes for their Scotland youth international who signed professional terms last month.

The 20-year-old scored his ninth and 10th PL2 goals of the season to help the Swans guarantee promotion with a 1-0 win over West Bromwich Albion and a 2-2 draw against Wolverhampton Wanderers.

The Scottish striker also scored twice in a 4-0 win over Bristol City to take Swansea into the knockout stages of the Premier League Cup.

With five senior Premier League appearances this season Ngoy showed further proof of his quality in front of goal with strikes in each of his Premier League Division 2 outings for Stoke City, against Norwich City, Wolverhampton Wanderers and West Ham United.