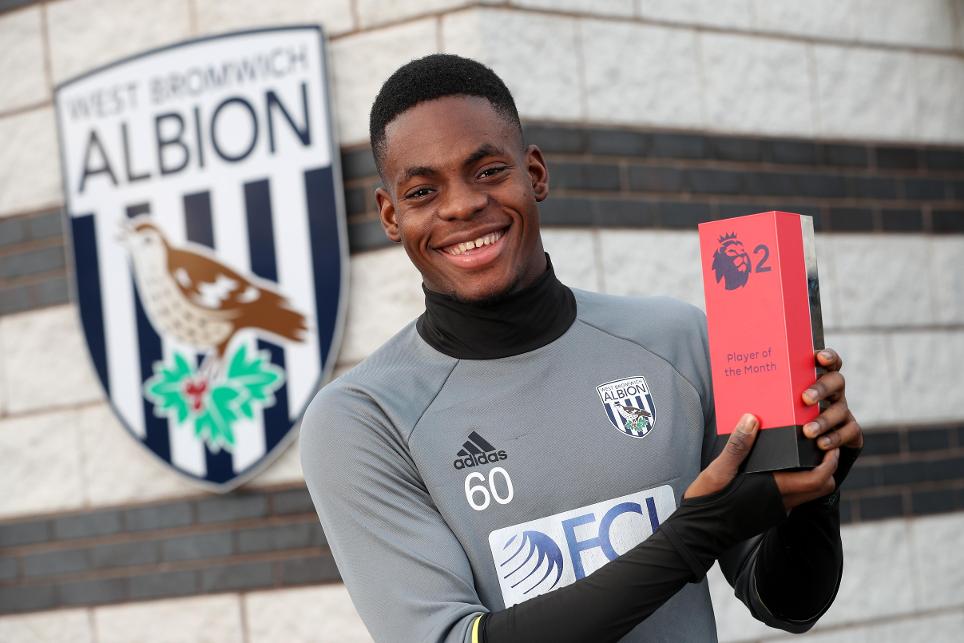 Leko nominated for PL2 Player of the Month External Link

West Bromwich Albion's Jonathan Leko has been rewarded for his performances in December with the Premier League 2 Player of the Month award.

The 17-year-old winger impressed in his only PL2 Division 2 appearance last month, putting West Brom ahead before they fell to a 2-1 defeat at Brighton & Hove Albion on 19 December.

Two days before, he made his 11th Premier League appearance as 82nd-minute substitute at home to Manchester United. He was also on the bench for the senior team’s victories over Swansea City and Southampton.

"I'm very proud and happy to be the first West Brom player to win it," Leko said. "I’m sure there will be many more."

Leko was selected from a poll of all the PL2 managers, who nominated the best individual performance from their opponents throughout the month.