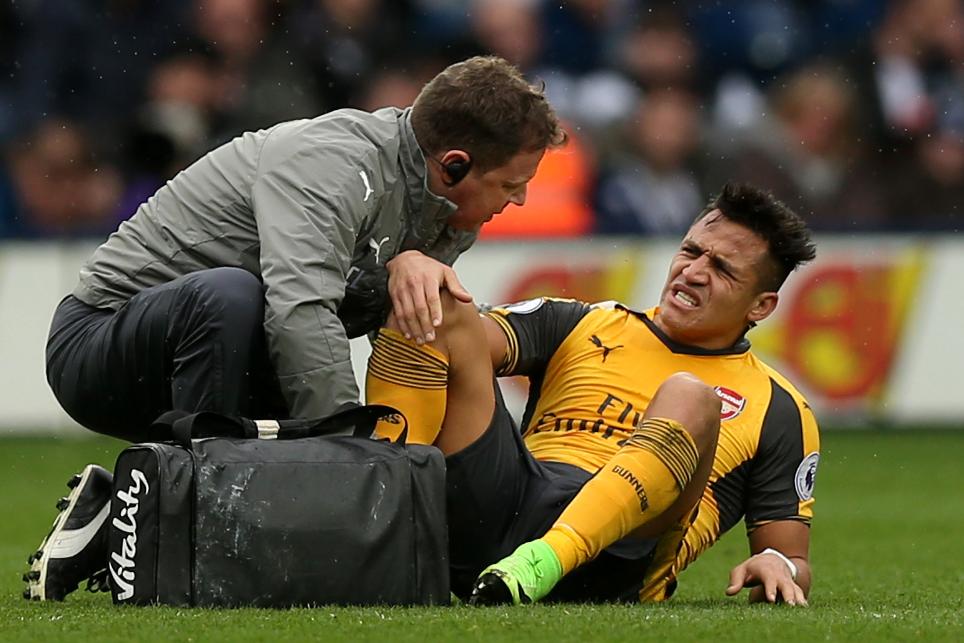 Over 1.1 million managers await news as Alexis Sanchez scores but limps off at West Brom

Wenger: Why West Brom are so effective External Link

The West Brom defender made it three goals in four Gameweeks with near identical strikes from corners.

When you play your Triple Captain chip on Hazard & he doesn't feature but Dawson is your Vice Captain... 🎉 👏 🎊 🙌 👊#FPL pic.twitter.com/xaaNNCjICY

The Chilean provided a key pass and won three tackles to score 32 in the BPS, losing out on the maximum three bonus points after being tackled on three occasions.

Two players were tied on 28 in the BPS to pick up a single bonus point apiece.

Dawson's two headers helped him to an Influence score of 77 in Saturday's contest, ensuring that he topped the ranks of the ICT Index on 14.5.

His two converted close-range efforts also helped him to a Threat score of 68.

The Belgian created four chances for team-mates, including the corner delivery for Dawson's first header.

His first-half strike was his 12th away from home this season, more than any other player, and ensured that he has now provided a goal or an assist in eight of his last nine Gameweeks.

But there are now concerns ahead of a Gameweek 30 meeting with Manchester City, with the Chilean withdrawn on 77 minutes following a first-half ankle injury.

FPL options elsewhere in the Arsenal squad look scarce given the current levels of form and confidence - Saturday's defeat was a fourth in five matches.

Sanchez is due to join up with Chile for a pair of World Cup qualifiers prior to the Man City encounter. It remains to be seen if the injury keeps him at the club over the international break.

With 11 fixtures remaining over the final nine Gameweeks, Sanchez is destined to be a key asset for the run-in.

We've got an update on @Alexis_Sanchez's ankle after he was substituted in #WBAvAFChttps://t.co/diQb5so446

Interest in West Brom's assets is tempered by a testing short-term schedule that requires a visit to Manchester United next up.

Nonetheless, Dawson's 17-point return offered a reminder of their effectiveness from set-pieces.

Their FPL defenders have scored 13 goals this season, more than any other side, with Gareth McAuley (£5.2m) leading the way on six.

Indeed, West Brom have now scored 18 goals from set-pieces, with 14 arriving from corners; in both cases more than any other Premier League side.