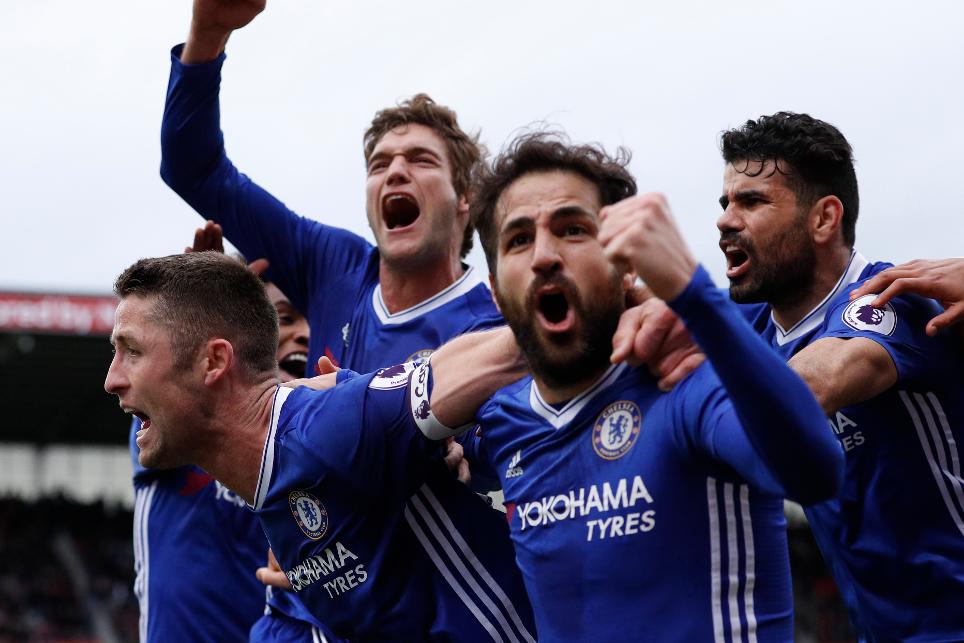 Chelsea extended their lead in the Premier League to 13 points as Gary Cahill’s late goal helped them to a 2-1 win at Stoke City.

Willian’s free-kick on 13 minutes eluded Lee Grant at the near post to give Chelsea the lead.

Stoke equalised through Jonathan Walters’ penalty after the Irishman was fouled by Cahill.

Their efforts were rewarded when Cahill reacted quickest to a loose ball in the area after a corner 12 minutes before the end.