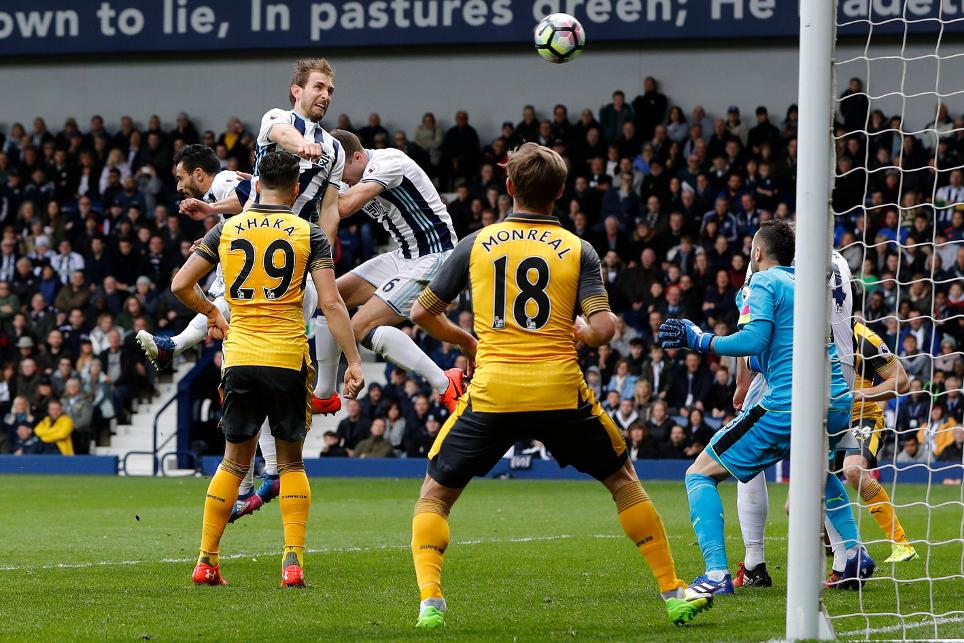 Arsenal fell behind to Dawson heading in Nacer Chadli’s corner on 12 minutes.

Albion restored their lead on 55 minutes when Hal Robson-Kanu prodded in a minute after coming on and, after Danny Welbeck had struck the bar for Arsenal, Dawson struck again with a header, on 75 minutes, from James McClean's corner.

West Brom stay eighth, on 43 points, while Arsenal are five points off fourth-placed Liverpool after a fourth defeat in five league matches.