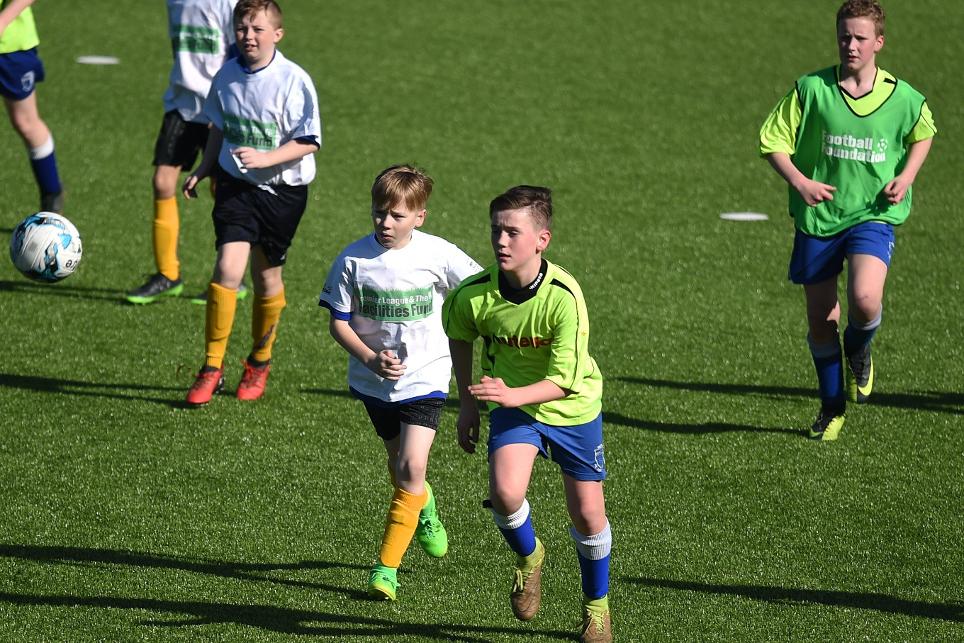 Redditch United used to have a grass pitch that was uneven and prone to waterlogging. This often led to matches being postponed and meant that the club were unable to form new teams.

But such concerns are a thing of the past for the Reds thanks to a new 3G pitch.

The pitch, as well as new changing facilities at the Trico Stadium, will not only boost the first team, who play in the Southern League Premier Division, the seventh tier of the football pyramid.

The new playing surface will be used by more than 1,000 people each week. It will also help to create 17 new sides in the West Midlands community and will encourage more girls and women to take up the game.

The Albion Foundation, the charitable arm of West Bromwich Albion, will deliver coaching at the site, while Birmingham City Ladies, who also call the ground their home, will use the pitch for their regional talent club.

It is also expected that eight new girls' teams and a small-sided adults' league will be created within the next five years thanks to grants of nearly £650,000 from the Premier League & The FA Facilities Fund (PLFAFF) and the Premier League funded Football Stadia Improvement Fund (FSIF).

"This investment in grassroots football helps us to reach out to the Redditch community - not only through our many junior and disabled sides that see nearly 1,000 youngsters turning out for the club each week, but also through our popular soccer coaching camps during the holidays," said United chairman Chris Swan.

"Good facilities, like this one in Redditch, help encourage people to play sport and gain from the physical, social and mental benefits participation brings," said Tracey Crouch MP, Minister for Sport, who opened the new football hub last week.

Over the last 15 years, the FSIF has awarded Redditch United grants of £265,936 which have allowed improvement to perimeter fencing and terraced stands.

Both the FSIF and PLFAFF are delivered by the country's largest sports charity, the Football Foundation.