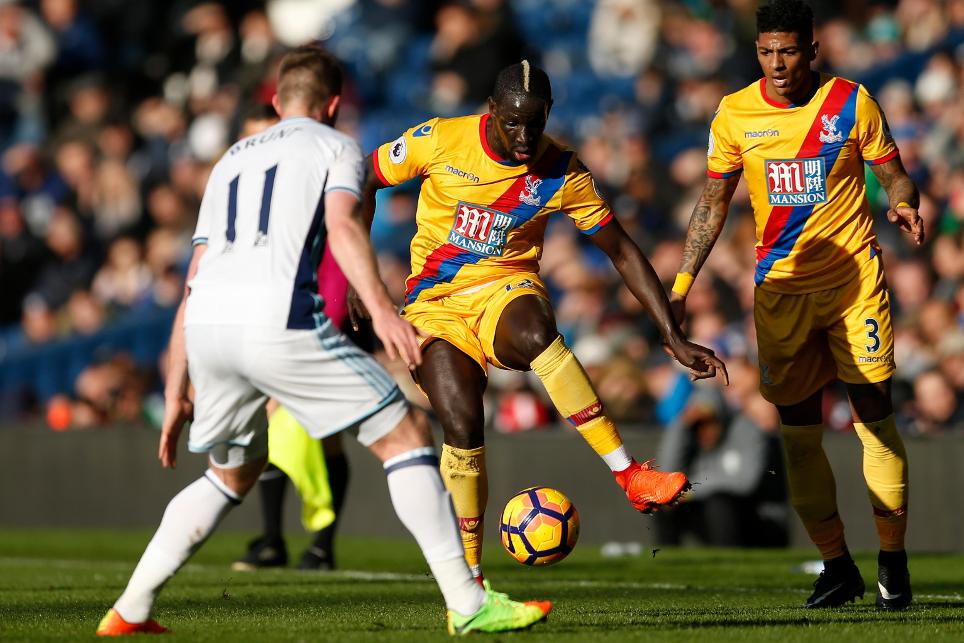 Fans Vote Sakho As Man Of The Match External Link

The winger’s Bonus Points System (BPS) tally suffered as he committed two fouls and was tackled on four occasions.

Townsend topped the ICT Index at The Hawthorns with a score of 13.7 – his highest of the season.

He registered four shots on goal, all from inside the box, on his way to scoring for the first time since Gameweek 5.

Chris Brunt (£5.1m) ranked second thanks to a Creativity score of 40.

Playing on the right wing, Brunt supplied a trio of key passes, 10 crosses and fired three shots on goal.

An improved run of defensive form coincides with Sakho’s introduction to the Palace back four.

Sam Allardyce’s men have recorded a clean sheet in both matches with the Frenchman in their first XI, though a daunting upcoming schedule will deter many FPL managers.

One of 12 sides without a Gameweek 28 match, the Eagles then embark on a run in which only two of their subsequent six match-ups score two or less in the Fixture Difficulty Rankings (FDR) – home encounters against Watford and Leicester City in Gameweeks 29 and 33 respectively.

They also have concerns over Patrick van Aanholt (£5.1m) after the left-back was forced off with an ankle problem; Jeffrey Schlupp (£4.7m) is now expected to deputise.

For West Brom, the ongoing absence of Matt Phillips (£5.7m) continues to have a major impact on the FPL transfer market.

The most sold player in the previous Gameweek, Phillips was subject to 209,000+ sales after missing out due to a hamstring problem.

Having remained on the sidelines against Palace, he has been moved on by a further 23,000 since the weekend deadline – second only to Chelsea's Eden Hazard (£10.2m) among midfielders.

Should Phillips miss out again, Brunt looks likely to retain his advanced midfield berth as Tony Pulis's team make their way to Everton in one of only four fixtures taking place over Gameweek 28.

The Baggies’ schedule suggests a reassessment is required in the long-term.

According to the FDR, five of their six matches from Gameweek 29 onwards score three or more, with a Gameweek 31 trip to Watford perhaps offering the best potential for returns.