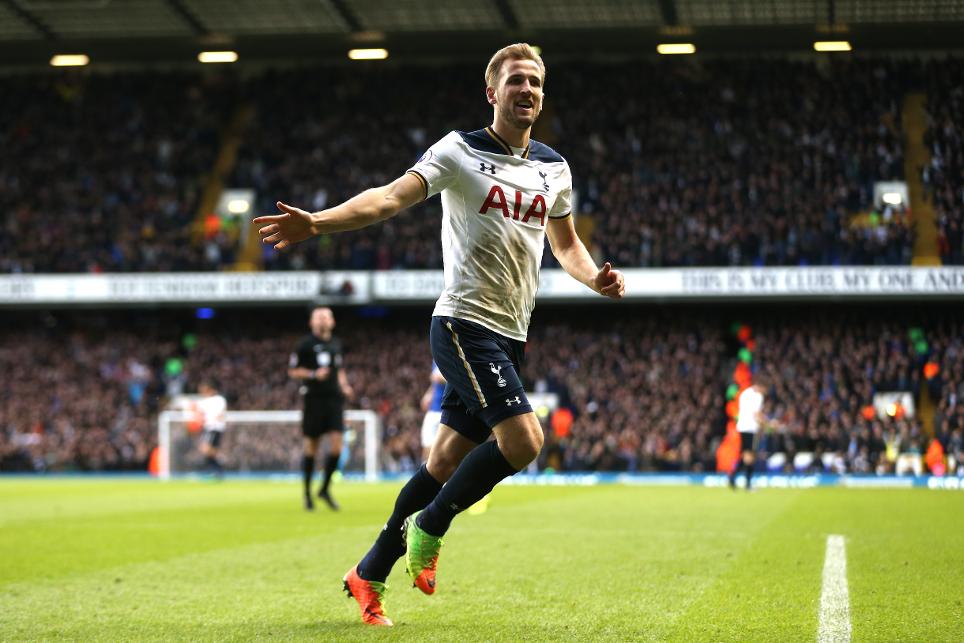 Striker scores twice to give Tottenham Hotspur victory over Everton, despite a frantic finale

Spurs controlled the first half at White Hart Lane and Kane put his side ahead on 20 minutes with a thumping strike from 25 yards out.

🗣️ Mauricio was full of praise for Hugo after he made his 200th #THFC appearance this afternoon... #COYS pic.twitter.com/zigHU8c8rn

He doubled the lead on 56 minutes, firing into the far corner after Everton's defence were dispossessed for his 19th PL goal of the season.

Everton were given a lifeline when Romelu Lukaku pulled a goal back with 10 minutes left.

Dele Alli seemed to seal the win when he prodded home a clever Harry Winks free-kick in stoppage time but, a minute later, Enner Valencia added an Everton second from a Ross Barkley set piece.

Man of the Match: Harry Kane